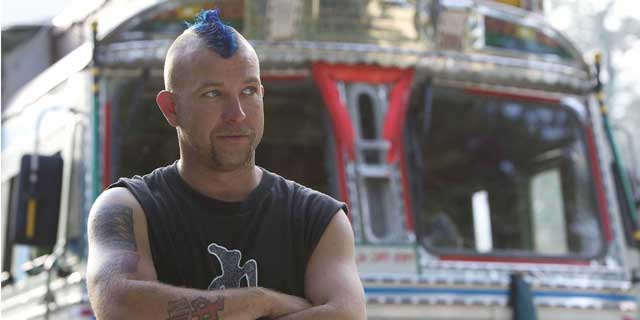 A trucker and a TV personality, Rick Yemm, born in the Kelowna, British Columbia, Canada earned recognition after his appearance on the show Ice Road Truckers. He was introduced as a rookie employee by ice-road trucking veteran, Hugh “The Polar Bear” Rowland.

Rick got the public attention after his appearance on History Channel’s reality series, Ice Road Truckers (IRT) in 2007. The show showcases the truck drivers operating on seasonal routes crossing frozen lakes and rivers in Canada and Alaska.

He was in his second year of an ice road trucking and didn’t own a truck, when he was introduced to the show as a rookie employee by his friend, Hugh “The Polar Bear” Rowland. During his time on the show, he drove Rowland’s Cargo and was seen being hard on trucks.  While he appeared in the first season, he had a lot of ups and downs with Rowland. His tension with Rowland, made him quit the show and return home.

Later, proving himself, he made a comeback to the show’s second season, where he worked in the same Arctic road where Rowland was working. The second season focused mainly on the Tuktoyaktuk Winter Road. But then again, he disappeared from the season until the fifth season.

After his return in the season five, he drove the ice roads in Manitoba. It was the first season of the show where it featured two different routes, one in Manitoba and next was on Dalton Highway. He also appeared in the sixth season and was seen moving cargo along the Manitoba winter roads once again. However, the original member of the show left after season six in 2012.

Besides, he also made his appearance on the spin-off series, IRT: Deadliest Roads in 2010. In the show, he was a part of a crew that would enhance the driving skills to the test in treacherous mountain roads in India. He also starred on the season second,  but this time the show focused on South America.

Later in 2007, he also appeared in Jimmy Kimmel Live. Apart from the shows, he also owns a carpet cleaning business.

In one of the interviews, he has expressed his disappointment with the reality television. He was presented as the bad guy with terrible attitude in the show. He further said the character portrayed in the show most of the time isn’t the real persona of the individual.

Despite being the on-again off-again cast of the reality show, Rick somehow has managed to make a name for self among trucking fans. With that fame, people being curious about his dating life, doesn’t come as a surprise.

However, he has managed to keep his love life under a wrap. So far, he hasn’t shared much about his relationship status whether he is married or dating. As of now, he is possibly single.

He is fairly active on social sites, where he is mostly seen updating about the shows. He has 14.9K followers on his Facebook page and 5.8K followers on Twitter.