Skip to content
Home » Entertainment » Everything to know about Lord of the Car Hoards, Rick Dore

Everything to know about Lord of the Car Hoards, Rick Dore 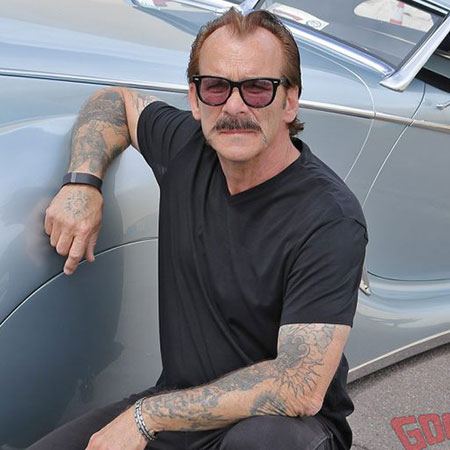 Rick Dore is an American custom car builder who rose to fame after appearing in Discovery Channel’s show, Lords of the Car Hoards.

The New York native has been at the forefront of the custom car scene since the early ‘90s winning numerous awards for his designs.

Owner of Rick Dore Kustoms, he started his career in Arizona, where he built and styled a large collection of award-winning custom cars.

His passion for customizing American roadsters from the 1930s through ‘60s caught the attention of car hoarders.

His show, Lords of the Car Hoards debuted on Discovery Channel in March 2014 and aired till October 2015.

He co-hosted the show along with former WWE star and mechanic, Chuck Palumbo.

Additionally, he has also made his mark in today’s ultimate aftermarket showplace, the Annual SEMA Show in Las Vegas.

Industry’s big name, Big Three has also contributed in propelling him to the limelight, utilizing his signature styling in their late model custom vehicles.

JADA Toys has a signature line toy cars, a replication of several of Rick’s custom cars.

His cars have been featured on the covers of various magazines, including Custom Rodder, Hot Rod, Street Rodder, Rodder’s Journal and more.

He has also been inducted into several automotive halls of fame, including Grand National Hall of Fame, Sacramento Autorama Hall of Fame and more.

Rick’s uncompromising commitment to the quality workmanship has helped him make his creations worthy of the industry’s top honors.

He is a regular user of social media where he often posts photos of cars and also of his wife and children.

Rick hasn’t revealed his net worth. But, considering, his accoladed career we can fairly assume that he is worth in millions.