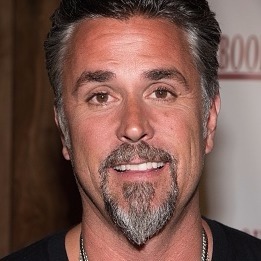 Richard Rawlings is an American TV host known for his famous show, Fast N’ Loud. Aside from being a TV host, he is also an entrepreneur, auto mechanic and race car driver.

On March 30, 1969, Richard Rawlings was born in Fort Worth, Texas. As a child, he remembers visiting auto shows with his father. Richard developed a passion for cars at the age of 14. Furthermore, the reality TV star purchased his first car – a green 74 Mercury Comet. He saw his future in the automobile field and was determined to achieve his aim.

Richard graduated from Eastern Hills High School in Texas. Moreover, Rawlings worked many jobs before starting his own business. In 1999, he established Lincoln Press, a printing and advertisement company. Then, in 2002, he took his first step in the auto business and launched Gas Monkey Garage. The shop focused on creating and modifying cars to their best potential. The cars are available to national and international customers.

Success from the Gas Monkey franchise

Gas Monkey Garage was gaining recognition but was low on cash. In 2004, Rawlings sold Lincoln Press and focused the income on the shop. Then in 2012, he got his show Fast N’ Loud, where the Gas Monkey Garage crew searched for ruined bikes and restored them and sold them for a profit.

He was the show host with celebrity mechanic Aaron Kaufman as co-host. In addition to the shop, he opened Gas Monkey Bar N’ Grill in 2013. He gained huge success from the restaurant and launched another branch at Fort Worth International Airport in March 2014.

Two months later, he launched a new establishment, Gas Monkey Live, a live music and entertainment venue. Rawlings has also tried his hands at writing. He published his biography, Fast N’ Loud: Blood, Sweat and Beers, on 12 May 2015.

Rawlings has achieved great success in his career but has had failures in personal relationships. Around the time he established Lincoln Printing Company, he married his then-girlfriend, Suzanne Mergele. Before his involvement with Suzanne, he was married to Karen K. Grames.

He was busy building Gas Monkey Garage while he was married to Suzanne and had to remain absent from family affairs to further his plans. It grew to be a problem for her, and in 2009, the couple got separated.

Fortunately for him, they got together again in 2015 despite their previous differences. Richard and his wife, Suzanne, live in Long Key, Florida. They have not announced their plans for children, but it is a possibility soon.