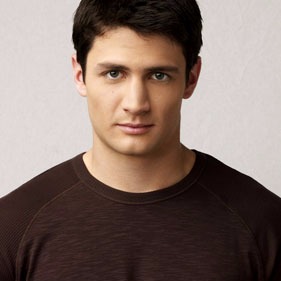 Dashing and exceptional acting talent, James Lafferty is a renowned American actor. He is also a director and producer. James is widely perceived for his splendid execution as Nathan Scott in the popular TV series One Tree Hill.

Good looking actor, James Lafferty was born on 25th July 1985 in Hemet, California, United States of America. His father, Jeffrey Lafferty is an owner of the local construction company. Lafferty’s younger brother Stuart Lafferty is also an actor who portrayed the character of Jarret Green in One Tree Hill.

James first movie work came as a voice actor in the television movie Annabelle’s Wish. He was just 12 when he made his small screen debut. Since the beginning of his acting vocation, he has appeared as a guest actor in numerous TV series. Some to be listed are Once and Again, Boston Public and Get Real.

In 2001, he turned out as a famous entertaining celebrity when he got selected to play the role of Nathan Scott on The WB’s TV drama series One Tree Hill. He showed his phenomenal performance in the series for nine years from 2003 to 2012. His next appreciable role came as Mr. Nash in on NBC’s TV drama series Crisis.

A man with exuberant personality, James has also shown his remarkable acting skill in various movies. He made big screen debut as Joe Ferguson in 2003 movie titled Boys on the Run. Till date, the brilliant actor has appeared in a number of movies listed as S. Darko, Lost on Purpose, Oculus and Waffle Street.

Turning towards his personal life, famous actor James Lafferty is currently single. He has dated some big names of a movie world. Lafferty first dated gorgeous American actress, Sophia Bush. His first love relation lasted for a year from 2008 to 2009. Subsequent to parting ways with Sophia, he dated delightful model and actress named Shantel VanSanten.

For executing outstanding performance in the popular TV drama world, James Lafferty has earned several nominations. He was first nominated at Teen Choice Awards in 2004 in the category of Choice Breakout TV Star-Male for the TV series One Tree Hill. Since he has been connected with the TV series for a long time, he received his last nomination in 2010 in the category of Choice Parental Unit.

Through committing over a decade in the acting industry, James Lafferty has earned massive net worth amount which is estimated to be around $5 million dollars. With constant passion and dedication towards his work, he is likely to expand his net worth in future.

For more news and updates, keep following him on twitter @ThisIsLafferty.