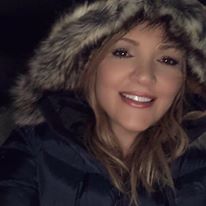 A former Dallas Cowboys publicist, Rhonda Worthey, is well-recognized as the ex-wife of former hall of fame quarterback Troy Aikman. They decided to split after a decade of their marriage in April 2011.

After more than a year of her divorce, she was arrested for public intoxication and was bailed on the same day. But’s how is Rhonda’s relationship with her ex-partner? Learn about it and more about Worthey below!

Rhonda Worthey came to the limelight after her relationship with famous football quarterback Troy Aikman back in 1998. They first met at the Dallas Cowboys’ practice facility, where Rhonda served as the team’s publicist. After dating for 18 months, the couple decided to tie the knot in April 2000.

Troy had retired from his highly successful career with Dallas Cowboys when he married Rhonda in a closed ceremony. The wedding venue was in Plano, Texas.

Besides the years of togetherness, the pair also shares two daughters, Jordan Ashley Aikman and Alexa Marie Aikman. Rhonda also has a daughter, namely Rachel, from her previous relationship.

HGTV’s Scott McGillivray, Married to Teacher Wife for a Decade? Also, Know about his Children & Net Worth!

After making it to over a decade as a couple, they decided to part their ways in January 2011. Troy said, “It has been a difficult decision for us, but after ten years of marriage we have decided to separate.” He further added, “We remain deeply committed to our children and respectfully ask that you honor our family’s privacy during this period of adjustment.”

They kept their divorce process low key as possible, but later many sources confirmed that their divorce was finalized in April 2011. Rumor has it that they started splitting properties before they separated. Troy paid $1.75 million to Rhonda as a divorce agreement and child support.

Who is the first husband of RHOB star Kyle Richards? His relationship with daughter & Mauricio Umansky!

As of now, Rhonda’s ex-hubby is married to Catherine Mooty. The couple started dating in February 2016. Moreover, Catherine and Tory didn’t welcome any children after they tied the knot.

Sixteen months after her divorce from Troy, Rhonda was arrested for public intoxication. She was drunk and hanging out in the Texas High school parking lot. As per police officers, they also found two water bottles filled with alcohol in her vehicle.

Was Jake Paul arrested? YouTuber under fire for pissing off neighbors

Rhonda kept yelling at the cops, ”Do you know what this is gonna do to him? Troy?”, While she was arrested. She was further taken to Collin County Jail and was bailed on the same day in exchange for 30 days probation paying a $269 bond.

Did she make a cut in Real Housewives of Dallas? Learn about her net worth

Rhonda Worthey served as Dallas Cowboys publicist from 1992 to 1999. Furthermore, Rhonda received quite an amount from her divorce from Troy, after which she bought a $1.5 million mansion in Dallas in November 2011. As of 2022, she has accumulated an impressive net worth of $10 million.

In 2012, Rhonda was rumored to star in The Real Housewives of Dallas. The show was claimed to be filmed in August and air in early 2013 by Bravo’s Andy Cohen. But the show was time and again delayed as the cast was not confirmed until February 2016.

Further, the show was released in April 2016, and the second season was also filmed. But Rhonda was nowhere to be seen in The Real Housewives of Dallas.