You won’t believe why Albert Finney never attended the Oscars 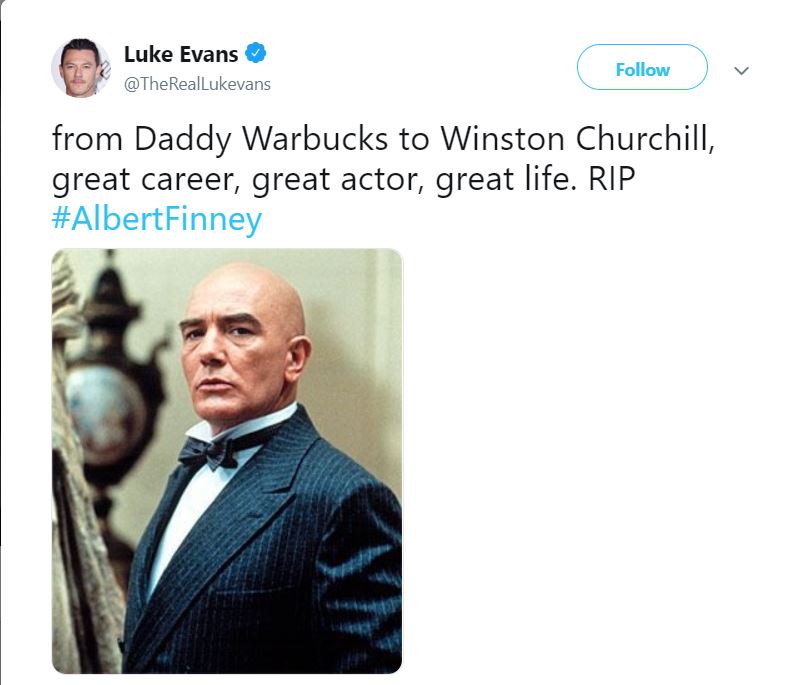 English actor Albert Finney passed away at 82 from chest infections on February 7, 2019. Finner impressed fans and critics alike throughout his career with his erratic acting and his ability to wear a diversified persona.

Finney is one of the finest actors of his generation and has appeared in more than 45 movies, including Tom Jones, Murder on the Orient Express, and Erin Brockovich. He won 2 of 10 BAFTA nominations and earned 5 Academy Awards nominations throughout his six-decade-long career.

Despite his several Oscar nominations, Albert never attended the ceremony. While speaking with moviehol.net, the actor shared why he never participated in the event. He said,

“I’ve been nominated five times, I think, and I’ve never been… I was in London. It’s a long way to go for a very long party, sitting there for six hours not having a cigarette or a drink.”

He was nominated for Best Actor for Under the Volcano, The Dresser, Tom Jones and Murder on the Orient Express. His last Oscar nomination was for Best Supporting Actor in 2001 for Erin Brockovich.

His wife, Pene Delmage, survives Albert Finney. The English actor had an estimated net worth of $10 million. Many actors paid tribute to the actor after his sad demise, including his Skyfall co-star Daniel Craig, who stated,

“I’m deeply saddened by the news of Albert Finney’s passing. The world has lost a giant. Wherever Albert is now, I hope there are horses and good company.”