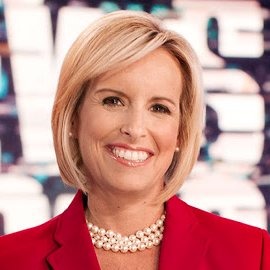 Since joining the network over a decade ago, she has been successful making her impression in the journalism field with the proper coverage of breaking news and providing in-depth investigative reports as well. She is currently assisting Anderson Cooper for his show Anderson Cooper 360˚. Passion and a sense of dedication to the work have resulted in what she is today.

The aspiring girl kicked off her journalism career joining ABC News and worked there for Nightline. Afterward, she also worked for Peter Jennings and then moved to Little Rock, Arkansas to join KATV. Aspired to have the major journalistic job from her early age, she went on to work as reporter and anchor for WFFA-TV in Dallas. From the time she began her professional career to joining CNN in 2004, she landed numerous works including Hosting ‘Everyday Living’ in Minneapolis-based station KMSP-TV.

Honing her skills with anchoring and hosting jobs in the numbers of local stations went to be the building block of her solidified career of today. Exclusive reporting of Hurricane Katrina after she joined CNN, proved her skills. Outstanding coverage of various incidents helped her gain support from her colleagues in the network.

Now, in addition to being a national correspondent, Randi also serves an investigative reporter for ‘Anderson Cooper 360˚’. After the departure of previous weekend morning news anchor, T.J Holmes, she has been the permanent weekend anchor.

In 2006, Kaye won an Emmy Award for outstanding coverage of Current Business News Story for reporting on black market fertility.

The excellent journalist seems quite secretive in nature. Though she has already reached the age bar of the late forties, seemingly she is living a single life. While there have been very specific details of her early life, nothing has been disclosed about her personal.

There’ve been no clue about her getting married or living a family life. Perhaps, she loves to keep her personal life far from the prying eyes of public or maybe she really single.

Since 2004, she has been associated with American satellite television CNN and now, is majorly contributing as an investigative journalist for Anderson Cooper 360˚.