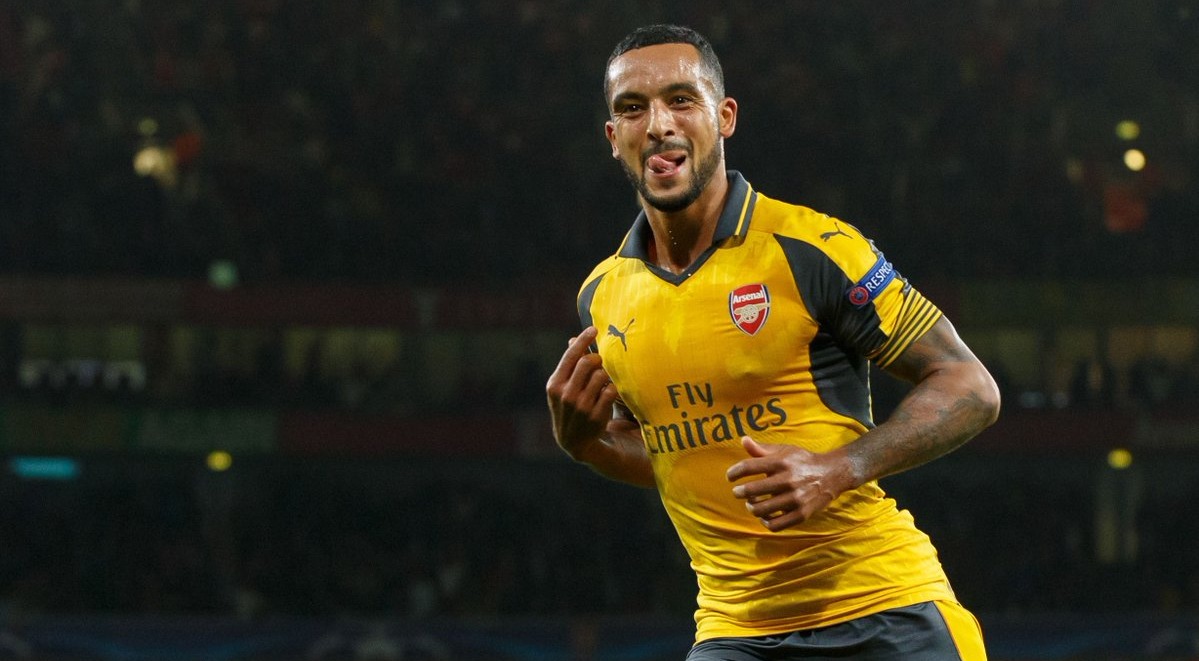 Arsenal manager Arsene Wenger must be a delighted man right now whose Arsenal side brushed aside Swiss outfits Basel on Wednesday night with a 2-0 win at the Emirates Stadium.

Arsenal’s outing was made easier like early as in the 7th minute when in-form England international Theo Walcott scored his first in this season’s Champions League after Chilean forward Alexis Sanchez set him up.

The lead provided a bit of breathing space for the Gunners and then started to dominate the play with some mesmeric attacking display, which involved all their key components, Alexis Sanchez, Mesut Ozil and Walcott himself.

The flair those three produced helped Arsenal and Theo Walcott to claim their second on the night. His two goals on the night meant that Theo Walcott has now scored 14 goals in the Champions league which leaves him behind the Dutchman Robin Van Persie and Arsenal legend Thierry Henry.

Walcott was simply outstanding against Chelsea on Sunday and he carried his superb form on Wednesday as well. Walcott, who sadly missed the Euros in France in June, looked like a player reborn this season. Walcott pace combined with the passing brilliance of Sanchez and Ozil did the damage for the Swiss opposition.

The result on Wednesday night was followed on the back of a well-earned victory against London rivals Chelsea on Sunday. The win ties Arsenal on 4 points with PSG and in a firm position to avoid European giants Barcelona or Bayern Munich, whom they always have met in the round of 16. Next up for the Gunners is a trip to Bulgaria to face Ludogorets.

The win also puts an end to Basel’s undefeated run against an English opposition in the Champions League. The win stretches Arsenal’s unbeaten to 5 games now, in which they have managed to score a staggering 13 goals with three different scorers.

And with a 2-0 lead in the first half, Arsenal manager Arsene Wenger also offered to make three substitutions on the night, something which he has not been able to do for a long time in a Champions League game. Theo Walcott, deservingly, was given a standing ovation by the Gunners faithful when he was withdrawn along with Alex Iwobi and Nacho Monreal.

On the basis of his current form, there should be no doubt that Walcott is a direct pick for the upcoming Word cup Qualifiers for England.