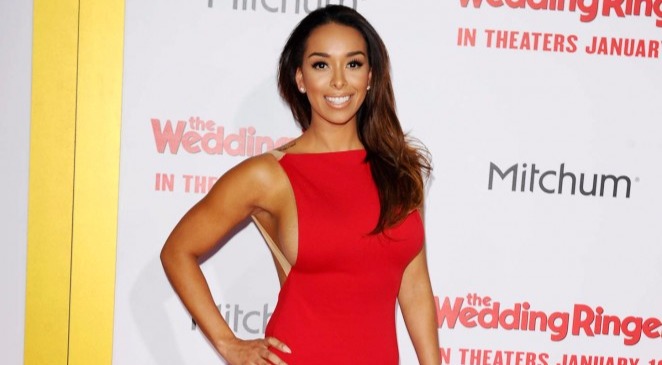 Gloria Govan, who is married to her loving husband Matt Barnes, and her almost-brother-in-law Gilbert Arenas were accused by her sister, Laura Govan, to have cheated her. This controversial news has dragged high public interests lately.

However, Gloria has denied the accusation of her sister. Arenas has also denied it.

Laura’s Accusation to Gloria that Resulted Rivalry Between the Siblings

Laura Govan made multiple claims and accusations about her ex-fiancé and own biological sister Gloria.

Laura didn’t only blame Gilbert but in a recent interview, she also claimed that her own sister was interested in her husband and also that she hooked Gloria up with her now husband, Matt Barnes, just to pull Gloria’s focus away from her man.

We all know Gilbert, Laura’s former partner & baby daddy to four of her children, is absolutely reckless. He has gone on a distressing social media campaign to slur Laura’s name.

However, at the heart of the conflict between Laura and her sister Gloria, it’s a suspicion on her part that Gloria was involved physically with Gilbert.

Laura’s sister and brother were against her. Also, Gilbert made it a point to even state that Laura’s own family doesn’t talk to her and hates her.

It’s a claim that both Gilbert and Gloria deny, but Laura, for some reason, Laura won’t divulge, still adheres to.

It doesn’t seem that the rivalry is between the sisters but their brother Lonnie is also included. Even Lonnie is siding with Arenas as the two were close once.

Lonnie, who used to live with Lonnie at one time, was thrown out by her. She said that Lonnie made it a point to shade her on the down low by making vague and aggressive comments about true family, loyalty & real family.

Poor Laura! Lonnie clapped back at her situation, also citing her as an attention whore.

Gloria chose Instagram to prove the news as unsolicited lies

Gloria, who starred alongside her sister in Basketball Wives LA, clapped back through an Instagram post on her sister, Laura, saying that the news was just malicious lies.

The reality star wrote that she is not sure what led to the rise of such lies. Similarly, Arenas, the retired pro basketball player, also denied of having any kind of physical intimacy with Gloria.

When it comes down to it, she was most insulted by her sister bringing the issue relating the family in public. She said “We have had our disagreements, our fights, our arguments. But we are sisters. We are family.”

She felt offended and highly disappointed from her own sister. She added that such a filthy accusation dragged not only her but their whole family into the mud as if they weren’t biological sisters born from the same parents and brought up under the same roof.

She finally ended by saying that still, she is openly making conversations with her sister.

Publicizing the family feud and accusing one’s own sister has trashed Govan clan’s reputation. Gloria being alleged by her own sister, Laura, to have slept with Laura’s ex-partner Gilbert hasn’t really created a fuss in Gloria’s married life. Now, Gloria Govan is happy with her husband Matt Barnes,married since 2012.