Porsha Williams on divorce with ex-husband Kordell Stewart, claims Kordell abused her physically. Does she have boyfriend at present? 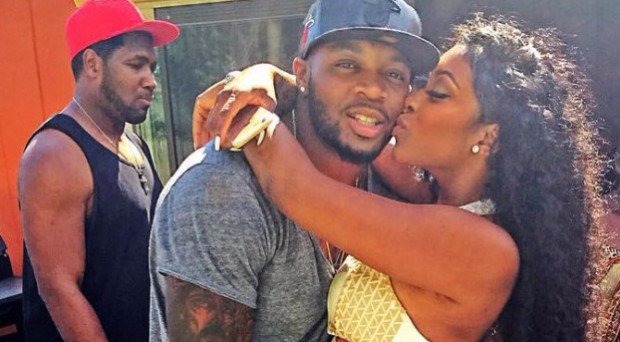 Porsha Williams and her husband Kolden Stewart, former American football player parted their ways after nearly two years of marriage. The Real Housewives of Atlanta star is having an amazing time with her boyfriend Duke Williams at Present.

The 32-years-old reality star married a 41-years-old athlete in a lavish ceremony in 2011 May. The couple met firstly at a downtown Atlanta club, Lucky Lounge and their love blossomed shortly thereafter. However, the lovely couple fell apart in March 2013 when Kordell filed for a divorce. The divorce was finalized in December of the same year.

The couple’s wedding was filmed for WE TV sitcom Platinum Weddings.

According to some sources, Porsha wasn’t granted any alimony or money and she didn’t get any part of Kordell’s NFL retirement money as a part of the divorce settlement. However, civil rights activist Rev. Hosea Williams’s granddaughter, Porsha got to keep her engagement ring, other jewelry, clothes and other personal items along with a Mercedes-Benz.

Apparently, Porsha revealed the cause of their divorce to be physical abuse and domestic violence she went through in her marital life with Stewart. Though she initially tried to change the situations several times, the outcomes weren’t as she expected. So she finally gave up on him.

Moving on from her brutal divorce, Porsha stunned her fans in November 2014 by smooching her new-found love at an award ceremony. She had already startled her friends expressing about how quickly she fell for a Buffalo Bills player Duke Williams, a man younger than her. Nevertheless, she eagerly arranged a surprise party for her new boyfriend to meet them.

Duke looked overwhelmed as well as a little scared being the center of attention at an event while laughing nervously at Porsha when she expressed her feeling for him saying “he dropped out of the sky just to be her man”. Revealing her new found confidence with their togetherness she said: “now it’s me and you against the world”.

Real Housewives of Atlanta star Porsha Williams has planned her rest life with her boyfriend Duke Williams, a 24-years-old boy, after a divorce with her ex-husband.