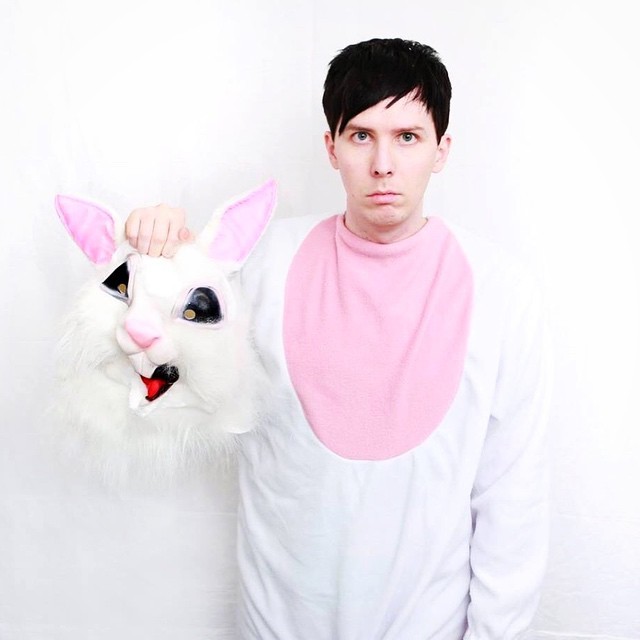 Phil Lester is an internet personality, best known for his YouTube channel AmazingPhil. He is also a radio personality who presented Dan and Phil’s weekly entertainment show on BBC Radio 1.

Phil Lester celebrates his birthday on the 30th of January. He was born in the year 1987 in Rawtenstall, England, into a Christian family. He grew up in his hometown with his elder brother Martyn. Phil revealed that he is not religious via one of his tweets in 2016.

Phil studied at Bacup and Rawtenstall Grammar School. Following graduation, he enrolled at the University of York in York, England, from where he received his degree in English Language and Linguistics.

Before landing a full-time YouTube career, he had enrolled in a post-graduate course in the Department of Theatre, Film, and Television. He received a Master of Arts in Video Postproduction, specializing in visual effects. No wonder he tries different techniques in his videos.

Phil Lester’s YouTube journey has been an amazing one

Phil Lester started his YouTube career in February 2006 at age 19. His first video was a vlog uploaded to his official YouTube channel – AmazingPhil. As of August 2017, he has 4.1 million subscribers and more than 488.5 million views.

He maintains a second YouTube channel called the LessAmazingPhil, which, as the name suggests, is relatively less popular (34 million views) and is primarily used for “bloopers, iPhone videos and other adventures.” This channel has 1.2 million.

On 12 September 2014, he and Howell created their first gaming channel – DanandPhilGAMES. The channel received 1 million subscribers within six months, making it “officially the fastest growing channel on YouTube” that year.

Radio shows, books, and merch have added to Phil Lester’s net worth

Besides YouTube channels, Phil has hosted a few radio programs. He began with the radio show Dan and Phil in January 2013. The show ended on 24 August 2014. Dan and Phil started hosting another program, Internet Takeover, on BBC Radio 1 in September 2014, which ended in April 2016.

Phil and Dan have also teamed up to co-author a New York Times Bestseller entitled The Amazing Tour Is Not on Fire (TATINOF). Later, in November 2016, they released a photobook named Dan and Phil Go Outside.

Phil also starred in the 2009 Vito Rocco film, Faintheart. Not only that, he modeled for a Confused.com advert. Phil also runs a merch website, danandphilshop.com, with Dan Howell.  Their merchandise expands from school stationery items to t-shirts.

All of this has earned Phil a huge net worth. His increasing popularity and continued focus on his profession have earned him around $1.9 million.

Who is Phil Lester’s partner?

Although Phil uses his YouTube channels to discuss almost everything happening in his life, he is yet to talk about his personal life. However, he is often rumored to be dating his housemate and business partner, Daniel Howell.

Are Phil Lester and Daniel Howell dating in real? Are they gay?