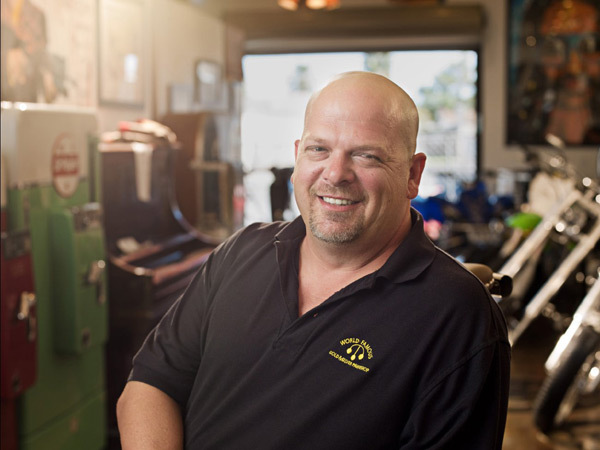 Rick Harrison, the spotter of the hit reality show, Pawn Stars, has made a name among the viewers with his easy on eyes persona. The star, who is already highly successful and has a huge dedicated fan base, is on his way to expanding his business.

The Gold and Silver Pawn Shop, which he co-founded back in 1989 with his father, Richard Benjamin Harrison, aka The Old Man, has collected some of the enthralling items. Furthermore, Rick is opening a new shop, Rick’s Picks! Besides, he will feature rare and exhilarating items from his world-famous pawn shop.

The new store will focus on items like dinosaur skeletons, antique artwork, firearms, sports items, meteor pieces and rock memorabilia. Moreover, the new store will be at Pawn Plaza, next to the Gold & Silver Pawn Shop, to handle both businesses conveniently.

A lot of thought has been put into the shop displaying less expensive stuff in the front. However, the significant one is at the back. Rick, who always vouches for the show’s educational value, will also be presenting information about each item in the shop.

The one corner of the shop is utilized to honor The Old Man, who took his last breath on June 25 after a long battle with Parkinson’s disease. People, you can check in Rick’s Picks as it will be inaugurated in about two weeks.