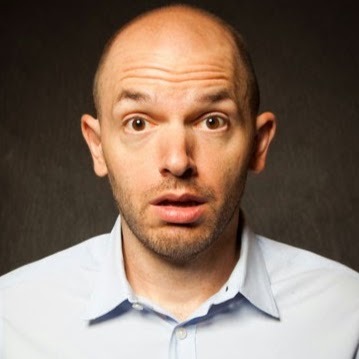 Paul Scheer is an American actor, comedian, writer and a producer. He is well known for his performance in Fresh off the Boat which is a popular ABC sitcom, and in The Hotwives.

Since he made his debut in the showbiz industry, Paul has been able to deliver entertainment to the audience and has earned a huge success.

Paul Scheer was born on January 31, 1976, as Paul Christian Scheer, in Huntington, New York. He graduated from St. Anthony’s High School and attended New York University, where he majored in Communication and Education.

Scheer began his career in the year 1995. At that time, he joined a renowned group named Chicago City Limit, the longest running off-Broadway show in New York.

Through his skills and by making most of the chances that he got, Paul began to perform at the Upright Citizens Brigade Theatre in 1998. And from that point on his career began to take a serious shape.

While performing at the Upright Citizens Brigade, Paul met fellow comedians, Aziz Ansari and Rob Huebel. The three teamed up together to formed the Sketch Group Human Giant 2005, which lasted for 2 seasons in 2007 and 2008.

After that two season on MTV with Human Giant, he became a regular fixture on comedic TV series. He was then pouring his comedy skills to the audiences through FX sitcom, The Leauge. Besides that, Paul created his own weekly parody of TV cop show like CSI and NCSI, called NTSF, SD, and SUV. Paul was the leading cast in these shows alongside June Diane Raphael.

His success and his popularity were growing. People were starting to see him as one of the big faces in the States. His contribution towards the entertainment industry was acknowledged. In 2006, Variety named Scheer as “one of the top 10 comics to watch” and the Alternative Press hailed him as one of their favourite comedians.

Besides his TV shows and movies, Paul is equally famous for his Podcast on Earwolf, which was hosted by Paul himself, June Daine Raphael and Jason Mantzoukas. The show was popular amongst fans and was a huge success as well.

Paul Scheer, who stands tall at a height of 6 feet , currently resides in Los Angeles, with his lovely wife June Daine Raphael, and their two son’s August Sheer and Zardar Sheer. August was born on April 30, 2014, while the official birth details of Zardar have not been published yet.

Likewise, details in relation to Paul’s parents have also not been disclosed yet. The only known fact about them is that they had a shoe factory due to which Paul had a prosperous childhood.

After almost two decades into his acting profession, the 40 years old actor Paul has proclaimed several honours and achievements, and he has accumulated a net worth of 1 million dollars.