Paul Scheer and wife June Diane Raphael, married in 2009 makes a perfect couple. Know his professional achievement and net worth 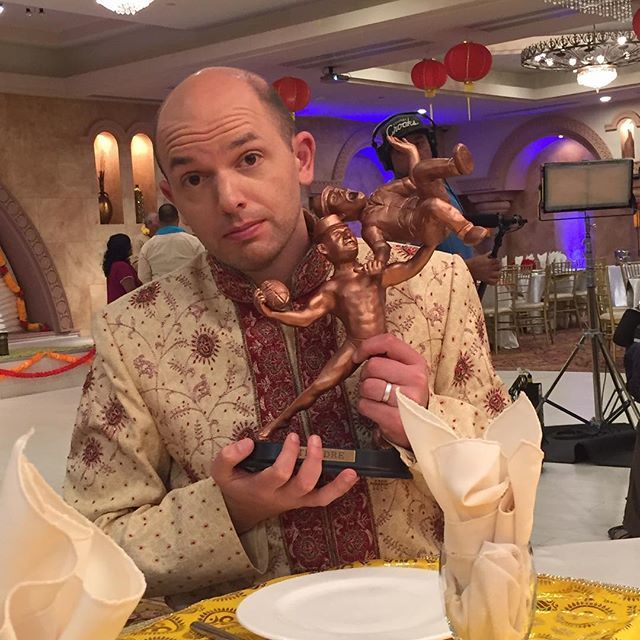 “We are so excited to welcome our new baby. He’s available for all endorsement and sponsorships,” the couple jokes in a statement with People magazine. And the star shared the news on Instagram.

We did it…again. Actually @junediane did pretty much all of it but I did the coffee runs. So that counts

Relevant to that, Diane wittily posted a picture six months ago, showing off her growing baby bump in red dress, captioning a photo as “Baby bump or baby burrito?”, on her Instagram account.

And, Paul reposted the photo on his Instagram account, writing a cheeky message “Congratulation to my beautiful wife and the father to her 2nd baby”.

A successful couple of the same profession, Paul and Diane have had their own movies & television career and have been dominating the Hollywood with their common genre as comedy.

Together they have managed to have busy & successful careers while juggling with their growing family & the two individuals aren’t showing any signs of slowing down in the coming future.

Paul Scheer is not only a comedian but also an actor, producer, director, writer & podcaster, who has built up a net worth estimated to be at $1 million. Obviously, a great part of his net worth has been accumulated from comedy, but he has successfully shown himself in many other activities.

In his early career, he started acting with the Upright Citizen Brigade Theater, & has won numerous awards for his long-form comedy ventures. Following his writing, producing & starring in his self-comedy show, Paul returned to Los Angeles in 2006.

When you get to the 60th category on your Emmy ballot remember this.

Besides starring in a multiple of successful sketch comedy shows in Los Angeles, Paul has equally enjoyed a television & film career. Some of his TV & movies starring includes, Comedy Bang Bang, Human Giant, School for Scoundrels, Parks & Recreation, and 30 Rock.

Paul and his wife, Diane have been married for seven years and they have two children. And with no denial, they make a lovely couple. Moreover, Paul Scheer is definitely going to continue rising as well as his net worth.

Paul Scheer and his wife, June Diane Raphael, have been married since 2009. Want to know more about Paul’s personal and professional front? No worries, we are here to quench your thirst.

They are a family of four: Paul Scheer, Diane Raphael, and two kids

The couple first met in January 2004 when he offered to help Diane and fellow actress Casey Wilson with their comedy show, Rode Hard & Put Away Wet. Smitten by each other, they shortly fell in love.

Paul and Diane, both the star of Netflix’s Grace & Frankie, culminated their romantic relationship with wedding vows at the Santa Barbara Museum of Natural History in October 2009 & had their first son in April 2014.

Paul Scheer and wife Diane Raphael became new parents again after welcoming their second child together, a son, this August. The baby is just a month old & he is so cute.