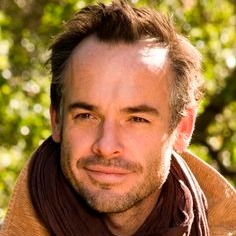 Paul Blackthorne is an exceptional English actor who is best perceived in the entertainment world for showing outstanding performance in the TV series ER and 24. He got his big break in Oscar Nominated Bollywood movie Lagaan: Once Upon a Time in India.

Born on 5th March1969 Paul Blackthorne is an incredibly talented actor. He has proved his outstanding acting skill through showing remarkable performance in numerous movies and TV series.

Talented actor, Paul Blackthorne’s breakthrough performance in 2001 released an Oscar-nominated movie titled Lagaan: Once Upon a Time in India earned him a huge positive response from all audiences. He delivered classy performance as Captain Andrew Russell in the movie.

Paul spent six months to learn to speak Hindi perfectly for the movie. Since earning huge fame from the movie, he has been featured in other Hollywood movies as well.

He delivered classy performance as Captain Andrew Russell in the movie. Paul spent six months to learn to speak Hindi perfectly for the movie. Since earning huge fame from the movie, he has been featured in other Hollywood movies as well.

In 2006, Paul earned further popularity when he played the role of Jonas in the movie Special. He has also worked as a voice actor for the movie Justice League: Doom. His other noticeable movie roles came in Dumb and Dumber To and Dark Ascension.

Paul Blackthorne has been equally successful in receiving wide appreciation from television roles. In 1999, he made television debut with playing the role of Gino in the TV series Jonathan Creek. His first breakthrough TV role came as Dr. Matt Slingerland in the television series Presidio Med.

All viewers loved the way he portrayed the character of Dr. Jeremy Lawson in the series.ER, 24, and Lipstick Jungle are few other television series which garnered his widespread recognition.

Till date, he has made appearance in numerous TV series such as Burn Notice, Warehouse 13, Leverage, CSI: Miami, White Collar, The Gates, The River and CSI: Crime Scene Investigation. At present time, he is portraying the role of Quentin Lance in the action TV series Arrow.

Discussing his personal life, Paul Blackthorne is currently dating American actress Kaley Cuoco. Before getting romantically involved with Kaley, he was dating Daryl Hannah. He shared strong love relation with the gorgeous actress for a year since 2010 to 2011.

Paul Blackthorne has also been active in philanthropical works. In 2009, he organized a photo exhibition in Delhi at Tibet House. The exhibition was organized to help the Tibetan children residing in the city of Dharamsala

. After some years in 2001, he organized special exhibition show of his photography in London to help the earthquake victims.