Skip to content
Home » Entertainment » What is Because the Night singer Patti Smith doing in 2018?

What is Because the Night singer Patti Smith doing in 2018? 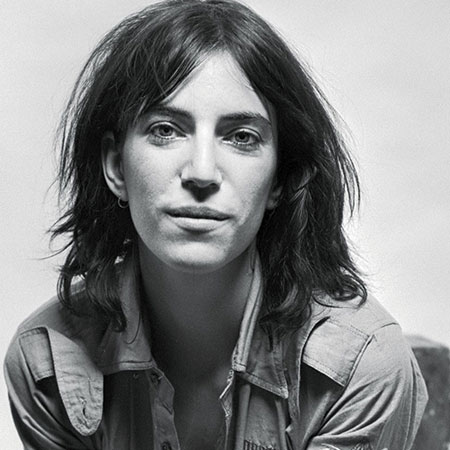 Patricia Lee Smith is an American singer-songwriter and poet who became the revolutionist for New York punk rock movement with her first album, Horses, in 1975.

She was born on December 30, 1946, in Chicago, Illinois. Later, her family moved to Deptford Township, New Jersey.

Patti was born as the eldest of the four children of a jazz singer turned waitress, Beverly Smith, and a machinist, Grant Smith.

She formed the band, Patti Smith Group, in 1974 and released a single, Piss Factory, which is now considered the first true punk song.

Afterward, when Bob Dylan attended her concert, she gained mainstream popularity and was offered a record deal by Arista Records.

When Bruce Springsteen could not finish the song, Because the Night, after the first verse, he turned to Patti.

Patti wrote its second verse while waiting for a call from her future husband, Fred Smith, the legendary guitarist for the MC5 band.

The song turned out to be her biggest hit.

Patti and Fred married in 1980. They share two children, a daughter, Jesse, and a son, Jackson.

After her marriage, the couple moved to Detroit and Patti was nowhere to be seen for many years.

After Fred’s death in 1994, she made her comeback to the music industry and released the album, Gone Again, in 1996.

She co-wrote a play, Cowboy Mouth, with Sam Shepard, with whom she was also rumored to be in a relationship.

Patti Smith Group achieved their commercial breakthrough after the release of their third album, Easter, which included the song, Because the Night.

Till date, she has released 11 studio albums, including ‘Horses,’ ‘Radio Ethiopia,’ ‘Gone Again’ and ‘Wave.’ ‘Banga’ was her latest album released in 2012.

Also an author, Patti has released several books, including her 2010 memoir, Just Kids, which won the National Book Award for Nonfiction.

Patti is quite active on Facebook, where she updates fans about her upcoming concerts and songs. Her next concert is set to be held on June 5.

Through her career as a singer, visual artist and author, she has accumulated a huge net worth of $16 million.