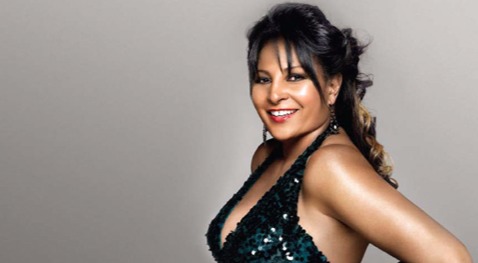 Pam Grier came to fame as an American actress. Many fans remember her for the remarkable performances in the several blaxploitation movies of the 70s. Moreover, the film includes The Big Bird Cage, Coffy, Foxy Brown, and Sheba, Baby.

Grier also portrayed herself in the industry as a sexy, tough-talking, gun-toting badass actress who has kicked off many onscreen. Let’s have a closer look at the life of the action heroine.

Pam Grier has had a traumatic childhood

On May 26, 1949, Pam Grier was born in Winston-Salem, North Carolina. Besides, Pam is the daughter of Clarence Ransom Grier Jr. and Gwendolyn Grier. Her mother worked as a homemaker and a nurse, and her father was a mechanic who also served as Technical Sergeant in the United States Air Force. She has three siblings.

Pam’s childhood was quite traumatic. At the very tender age of 6, two boys raped the legendary actress. Like any traumatic experience, it took ample time for her and her family to get over that scenario.

Grier and her family frequently moved during her childhood due to her father’s military career. But later, they settled in Denver. There, she attended The East High School. Morever, to raise money for her higher studies, she participated in stage productions and beauty pageants. Afterward, Pam joined Metropolitan State College.

After moving to Los Angeles in 1967, Pam Grier initially worked as a receptionist at American International Pictures. What’s more, many fans believe that the director Jack Hill discovered the actress. She landed a role in Jack Hill’s women in prison films The Big Doll House and The Big Bird Cage.

Pam received the tag as the first African-American actress to headline an action movie. Moreover, at the time, the lead of previous blaxploitation films was males. After she starred in the 1973’s Coffy,  critic Roger Ebert praised the film for “its believable female lead.” Besides, Ebert complimented the actress for her “beautiful face and astonishing form” and noted that she possessed a “physical life,” which many beautiful actresses do not carry.

In due course, she played in the AIP films like 1974’s Foxy Brown and 1975’s Sheba, Baby, and Friday Foster. After the end of the blaxploitation in the later 70s, she appeared in more minor roles for many years. She progressively acquired more significant roles in the 80s with movies like Fort Apache, The Bronx, Something Wicked. This Way Comes and Above the Law.

Pam had a recurring role on Miami Vice. Moreover, she made guest appearances on Martin, Night Court, and Mad TV.  Grier also played short positions in TV shows like The Cosby Show, The Wayans Brothers Show, and The Fresh Prince of Bel-Air. Similarly, she has also appeared in two episodes of Law & Order: Special Victims Unit and was a regular in The L Word.

Pam Grier was diagnosed with cancer in the 80s

In 2010, Pam Grier wrote a memoir, Foxy: My Life in Three Acts. She unfolded lots of unturned chapters of her life in the book.

In 1988, Grier was diagnosed with stage-four cervical cancer. She also said that she had only 16 to 18 months to live. She had two surgeries to remove the cancer cells, but it didn’t work. So her doctor prescribed her Eastern medicine, which slowly and gradually worked for her. The combination of western and eastern methods, i.e., yoga and chemotherapy, helped her recover.

Pam has had a hard time in the past, but she has never let the sorrows dissolve her happiness. Her courage and spirit have helped her stand as an inspiration to many people.

Pam Grier has portrayed lesbian roles in a couple of movies, including Ghosts of Mars. In one way or another, the onscreen characters somehow stimulate the viewers to question the sexual orientation of the actors. The same is the case with Grier.

Pam has not married anyone to date, but she has had a lot of romantic relationships with several men. Her dating history is proof that Pam Grier is not gay.