Vin Diesel yet to become husband of Paloma Jiménez
Skip to content
Home » Entertainment » Paloma Jiménez yet to be married to Vin Diesel? Any rumors about separation of the couple?

Paloma Jiménez yet to be married to Vin Diesel? Any rumors about separation of the couple? 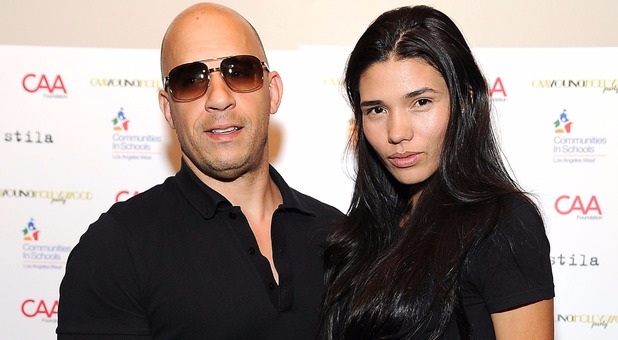 Paloma Jimenez, a Mexican model and Hollywood actor and Vin Diesel have dated each other for the best part of 9 years. In that process, the couple has become parents to their three adorable children. However, the yet-to-be-married couple may have just called it off, as the rumors of them splitting up are comingmeteorically.

Paloma and Vin Diesel got into a relationship in the year 2007. Since then, the couple has managed to maintain a healthy relation.

Throughout the period that the couple spent together, they have welcomed three children into their lives.

Paloma gave birth to their first child, a daughter named Hania Riely Sinclair in 2008. Two years after Hania’s birth, the birth of their son Vincent Sinclair followed. Now with another daughter, Pauline by their side the duo has a happy family.

For nine years the couples have lived a fruitful life without any glimpse of extra-marital affairs.

The future was likely to be painted with happiness for Paloma and Vin but it went dark when the rumors of Vin having extramarital affairs came out. Although no evidence have been presented to make the rumors valid, it came as a wake-up call for Paloma.

The rumors seem to have surely made a mark in their relation, as news of them splitting up after 9 years are getting the limelight. However, neither Paloma nor Vin has spoken anything in regards to their decision.

Furthermore, in the aftermath of the story of Paloma and Vin splitting, a mutual friend of the couple stated that the pair is likely to keep the relation and are likely to stay as a family in times to come.

Paloma Jimenez, now 33, was pregnant with her and boyfriend Vin’s third child in 2015. While in her pregnancy Vin was not around as he had to travel in order to promote his movie “Fast 7”.

Came home from filming with my fair share of stunt related injuries. You know I will always push and put myself on the line to make something immortal and worthy. Waiting for me was an incredible family filled weekend. I am proud of the entire team for making Fast 8 a reality. Though intense at times, I am grateful to the entire cast… Every single one of them we brought on has shined because of their talent and commitment. Always count your blessings. #peoplefeeltruth #alllove

None the less, Paloma gave birth to the duo’s healthy third child without any complication on March 16th, 2015. The duo named their third child’s name, Pauline Sinclair, in memory of late Paul Walker, who was a family friend.

#VinDiesel has announced the name of his newborn daughter – Pauline! The 47-year-old actor says he named his child after his late friend and #FastandTheFurious co-star #PaulWalker, who died in a car crash in November 2013. “I named her Pauline,” Vin said on The Today Show. “He was in the room,” he added. “There’s no other person that I was thinking about as I was cutting this umbilical cord. I just … knew he was there… It felt like, you know, a way to keep his memory a part of my family and a part of my world.” Vin and his longtime girlfriend #PalomaJimenez welcomed their third child earlier this month. #Hollywood #Fame #FamousPeople #Celebrity #CelebKids – Justajared.com

Never married, Paloma Jimenez and Vin Diesel are on the verge of breaking up their relation after the news of Vin’s extra-marital affairs came around. Parents to three children, their separation is likely to leave huge marks on the family. But nothing can be confirmed unless either Paloma Jimenez or Vin Diesel open up about the reality.