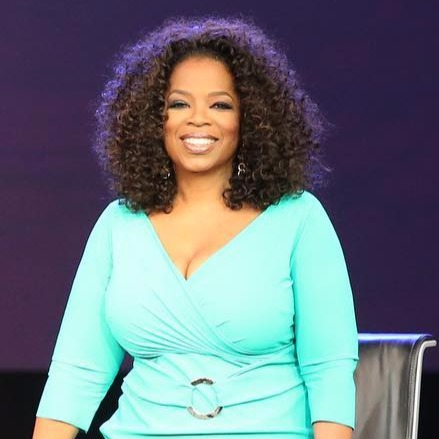 Oprah Gail Winfrey was born to a single mother on January 29, 1954, in Kosciusko, Mississippi. Oprah claims that she was molested as a child. She claimed on one of her shows that her cousin, an uncle and a family friend had sexually assaulted her. She claims that at 13, she had to run away from home because of the overwhelming abuse, both physical and emotional. Not only that, she was pregnant at 14. The infant died due to premature birth and brought one of the worse tragedies Oprah went through.

Oprah attended the Lincoln High School and Nicolet High School. As a student, she had to go through tough financial and relationship issues. She recalls stealing money from her mother and falling for a guy who wouldn’t stay, even when she’d begged on her knees. However, her high school years also earned her the honor of  Most Popular Girl in School and the Miss Black Tennessee pageant. She landed her first radio job in high school.

Oprah’s college years at Tennessee State University, where she studied communication, garnered few of her best friends, including Gayle King. Oprah had written a suicide note to friend Gayle after a few relationship failures at her twenties. Over the years, Oprah was romantically involved with Anthony Otey, William Taylor, John Tesh, Lloyd Kramer, Roger Ebert (who supposedly suggested her to start her own syndicated show), Reginald Chevalier and Stedman Graham. Oprah got engaged to Stedman Graham in November 1992.

Oprah Winfrey is a phenomenal talk show host, media proprietor, actress, and producer. She is rightfully titled a revolutionary of the 90s television world. Not many who are unaware of The Oprah Winfrey Show!

In 1998, Oprah recalled her childhood in Mississippi and remarked how God had stayed during her thick and thins. Despite numerous personal life tragedies, she has been able to become the strong, influential woman she is today. No wonder, she sounds so genuine in her quotes: “Breathe. Let go. And remind yourself that this very moment is the only one you know you have for sure.”

Her words are still very inspirational to young individuals, especially to women of color. She is a self-made journalism veteran and works as an exceptional philanthropist. An active supporter of Black Lives Matter movement, she hopes to redefine the movement and publicize not just the hashtags and slogans but also the “police aggression and people dealing with post-incarceration”.

Oprah opened her show platform for the LGBT community, hence pioneering the “mainstream acceptance of LGBT community”. Some of her popular episodes include celebrities coming out as gay/lesbian, including Ellen DeGeneres, Nate Berkus, and Andre Walker.

Oprah started hosting The Oprah Winfrey Show on September 8, 1986. The show was an instant hit and received record-breaking ratings. The Times remarked, “What [Oprah] lacks in journalistic toughness, she makes up for in plainspoken curiosity, robust humor and, above all empathy”. The show was considered a group therapy session.

The Oprah Winfrey Show was based in Chicago, Illinois. Shame that the show had to be called off on May 25,2011. Oprah has interviewed numerous celebrities on her show, including Tommy Hilfiger, Rihanna, Barbara Walters, Michael Jackson, Whitney Hudson and Tom Cruise. It is safe to assume that she was behind the rise of some now popular stars like Phil McGraw. Her show has helped launch few popular talk shows, including launch Dr. Oz, Dr. Phil and Rachael Ray.

Oprah Winfrey is an inspiration to young women everywhere

Oprah is the first self-made Afro-American female billionaire. Moving away from the titles, Oprah has been an incredible support and motivation to the black community. Her “warmth, intimacy and personal confession” became a platform for many colored individuals to share and move on from their bitter experiences.

In addition, she publicly endorsed Barack Obama on his 2008 election campaign. Similarly, Oprah has made significant donations to lion to the Smithsonian’s National Museum of African American History and Culture. She is also an active endorser of Black Lives Matter movement.

Oprah’s 1998 Emmys acceptance speech is considered as one of the most inspirational videos till date. Parts of her speech, especially the ones in which she remarked her childhood fallacies, are sources of motivation for aspiring individuals of colors. Looking for a bit of inspiration yourself? She said, “My prayer was for as long as I can remember was God use me. I don’t know what the future holds for me but I know that there is a vision for my life greater than my imagination can hold.” She remarked how that prayer “brought her” to make the best positive use of the television platform.

Oprah has made significant donations towards girl education. In 2007, Oprah founded a boarding school called ‘The Oprah Winfrey Leadership Academy for Girls’ in South Africa. Furthermore, she has provided more than 400 scholarships for Atlanta-based Morehouse College. Sources claim that she has donated more than $400 million to educational causes. Oprah has a special message to young women, and we quote “Turn your wounds into wisdom”.

Even Oprah Winfrey has weight issues

Oprah Winfrey is of apple body type. She wears a 36D bra and measures 40-30-40 inches. She stands 5.54 feet taand weighs an approximate 82 kg. At 62, she has a well-maintained body and looks much younger for her age, especially because of her curvaceous figure and toned legs.

Oprah has dealt with weight issues since her university years. She claims that her tragic romantic encounters marked the beginning of her feeding habits, hence the weight issues. While many compliment Oprah for making “fat look sexy”, she is opting for a rigorous diet plan these days.

She is following the Weight Watchers and has lost 30 pounds. Her weight losses make definite headlines! On September 2016, she flaunted her “trim figure” on a red carpet event and remarked that her fiance could finally lift her up.

Oprah is very vocal about her appearances and weight issues. An avid social media user, she occasionally shares her cholesterol levels on Twitter. She has 35.9 million followers at @oprah.