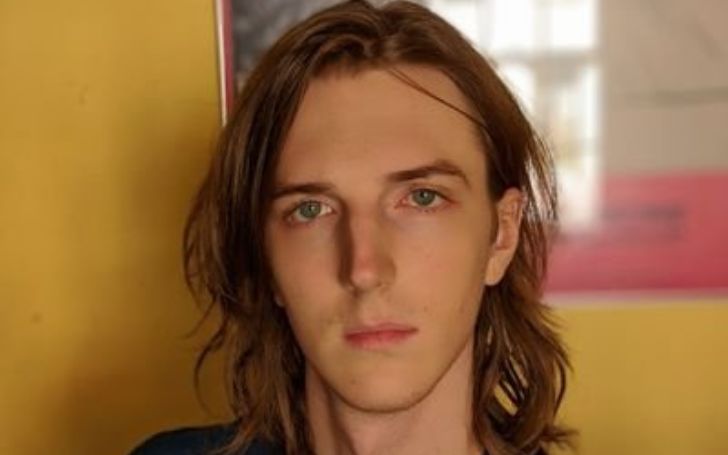 The son of famous Czech model/actress and rock band co-vocalist Oliver Orion Ocasek. Paulina Porizkova and late Ric Ocasek are his parents. Following in his late father’s footsteps, he joined the industry as a music composer. Likewise, Ocasek is a photographer too.

Moreover, he came into the limelight as a celebrity kid. But, unlike his parents, he doesn’t like to be in the spotlight. However, here are a few things about Oliver that we know of!

When was Oliver Orion Ocasek born?

Currently, Oliver is 23 years old. He was born on May 23, 1998, in the USA. Similarly, he holds an American nationality and comes from Czech and English heritage. Also, born under the Gemini zodiac sign.

Oliver’s half-eldest brother Christopher followed their late father’s footsteps and formed a rock band named Glamour Camp. While his other half-brother Eron is an actor.

Talking about his education, he recently graduated, majoring in computer science at the University of Rochester. His mother seems to be very much proud of his achievements.

Paulina shared a photo with her two sons on Instagram, which she captioned as ”This weekend; I want to send out well-wishes and congratulations to everyone whose children are taking a big step into adulthood. But my heart goes to all of us attending such momentous occasions as graduations – with someone crucial missing. Their absence on these joyous occasions is probably even more keenly felt.

They SHOULD be here. There is such a painfully felt hollow where they belong. Both of our boys graduated on time, with honors, after having the worst year and a half of their lives. I’m so incredibly proud of them. And I know he is too. Together, we’ve raised some outstanding human beings. #proudmama #graduation #missingyou”.

As we can see in the above photo, Oliver is in his graduation dress in front of the University. Moreover, taking an image along with his mother and brother. All seem to be very much happy with his achievements. Meanwhile, we can also read in the above caption about how badly they miss their late father’s presence on such a big day.

Is the Young Celebrity in a Relationship?

Oliver just turned 23 years this year following his graduation. But, the young guy seems to be enjoying his private life as he remains elusive to the world.

Check Out: Valentina Sampaio is set to be the first trans-Victoria’s Secret Model.

On the same note, many young girls may have fancied a fair complexion guy with dark brown long hair and a height of around 5ft 11 inches. Nevertheless, there is no definite news regarding his love life or so. As a result, the names of his girlfriends remain hidden.

How did His Parents Meet?

Paulina was a model, while Ric was the co-singer of his band. The duo first met during the shooting of a music video for Ric’s band, The Cars, in 1984.

Meanwhile, Ric was still married to his second wife. At their first meeting, Paulina was just 19, whereas Ric was 40 years old and they were attracted to each other. After five years, the couple got married following Ric’s divorce from his second wife.

They exchanged their vows in a private wedding on 23 August 1989, on Saint-Barthelemy Island. After being together for more than three decades, the couple decided to get separated. However, the divorce process was halted because of Ric’s death due to a heart attack in 2019.

How Much Net Worth Does Oliver Orion Ocasek hold?

Oliver Orion Ocasek might have come from a wealthy family, but his net worth is still under review. As of now, we have the net values of his parents. But, currently, Oliver himself holds an estimated net worth of $2 million.

At the sudden demise of Ric, his estimated net worth was $40 million throughout his singing career. Likewise, Oliver’s mother’s net worth in 2021 is $10 million. She was also the highest-paid model of her time. Given his parent’s income, Oliver might have led a luxurious life.