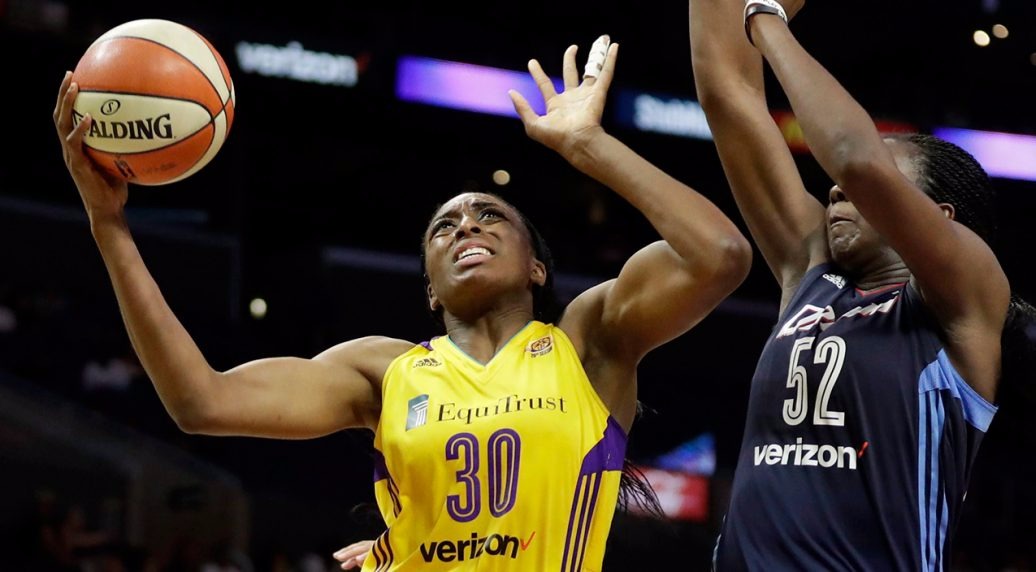 Nneka Ogwumike has achieved the greatest accolade from her long career of basketball. You’re right! She was named the Women National Basketball Association’s (WNBA), Most Valuable Player (MVP) 2016. The award was presented to her by the technology giant Samsung.

Nneka Ogwumike became the NWBA MVP with leading points of 362

The ‘Most Valuable Player’ award is perhaps the most prestigious award in the world of basketball. Each of the athlete in NBA and WNBA dreams of getting it one day. However, only a few deserve to be entitled to it.

This year, Nneka Ogwumike’s long contribution to the recent basketball history has been recognized. She has rightly been awarded the WNBA MVP. No one deserved it more.

You have to expect things of yourself before you can do them. -Michael Jordan

Nneka Ogwumike is the player from the famous Los Angeles Sparks. She is one of the three players from her team who ever received the award.

The award had a long list of nominees. Among them, Nneka Ogwumike thrashed everyone with a whopping lead of 95 points to Tina Charles of New York Liberty who became the first runner up. While Nneka received 362 points, Tina received 267 points. The lead margin clearly gives the way to the deserving winner. The second runner-up Maya Moore of Minnesota Lynx received 197 points.

The outpouring of love from last night has been overwhelming gracious! My teammates are the bestest and our fans are even better! #2KPoints #LA

With the acquirement of this award, Nneka Ogwumike is undoubtedly the best woman basket player on earth at the moment. It’s, indeed, such a life-time honor.

To talk about her performance in the league season this year, Nneka has been absolutely impeccable. This season, she has set a new league record of the most consecutive score made i.e. 23 scores. Also, Ogwumike also had the highest number of scores without a single miss i.e. 12 consecutive scores.

Besides, she has been the third highest scorer in the league and set new career highs for assists and block per game.

These feats truly make her rightful owner of Most Valuable Player in National Women Basketball Association for the year 2016.

Nneka Ogwumike had really dreamed of receiving the MVP 2016 award

After being announced as the NWBA MVP, Nneka Ogwumike was on cloud nine and very much thankful to everyone who voted for supported her throughout the basketball career. Nneka Ogwumike said that she had literally dreamed of being the most valuable player 2016.

She said – “As far as goals go, this honor has always been on a list I wrote down on the back of some journal years ago. Typically, when you have achievements in mind, you prepare yourself and set standards to take a step-by-step approach to reaching the top………… My hindsight is 20/20 and what lays ahead of me may not be visible, but I’m certain is bright. As the WNBA’s 2016 MVP, I want to say thank you, I’m humbly honored, and can’t wait for what’s next.”

Well done Nneka Ogwumike! We wish you the best for the future.