Skip to content
Home » Entertainment » Everything to know about rapper NF | Who is he Married to? 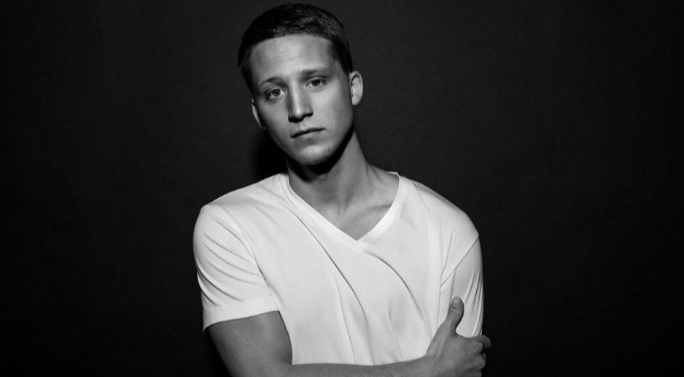 American pop music has a new ruler on hand, and he is Nathan John Feuerstein, aka NF. Nathan is the latest rapper, singer and songwriter whose songs are widely popular for being catchy and having relatable lyrics.

With a recent record of hitting the charts at No.1 with his album, The Search in Billboard’s Hot 200, NF has not only set a steady foot in the music industry but has also beat Chance the Rapper.

We don’t know whether the 28-year-old will be able to beat the rest, but he surely is winning the hearts of millions. So, here’s something you probably need to know about the rapper before he goes off, breaking more records.

Born and raised in Gladwin, Michigan, on March 30, 1991, Nathan did not have a stable childhood. His parents were divorced, and he lived with his mother initially but left the place after her boyfriend started abusing him. He then lived with his father.

In 2009, his mother died of an overdose which led him to dedicate a song, How Could You Leave Us, to her. He found relief by listening to music and channelled his inner disturbances by writing and singing songs. NF graduated from Gladwin High School in 2009 and then started a career at the Fine Arts Festivals in Michigan.

How did NF get into rapping?

Nathan used rap as an escape during his childhood and used to sing on Karaoke machines. The guy listened to Eminem for years and considered him a significant influencer, godfather, and idol.

He slowly shared Eminem’s machine gun flow rapping style and started recording singles. He initially started in the Christian music world and is also known as the “Christian Rapper.” NF is consciously trying to make himself an established hip-hop artist.

What is NF’s rapping style?

Unlike the rest, NF has pretty “radio-friendly” music. His lyrics are considered moody and literal, incorporated with songs related to heartbreaks, self-doubts, betrayals and the obstacles he faced.

He usually performs with an appearance like the Joker, having an extended smile drawn over his face, which, according to him, represents the superficial positivity of society.

After grabbing the attention of Xist Music, on May 2, 2012, he released his debut extended play, I’m Free, with production work from Profitt, which consisted altogether of 9 songs. Since then, he has released several singles, including, Only One, Beautiful Addiction, I Just Wanna Know and Real.

In 2014, before the release of the EP, NF, he signed to Capitol Christian Group. The project turned out to be his breakthrough release on Billboard as it charted at No. 12 on the Christian Albums chart, No.4 on Top Gospel Albums and No. 15 on Top Rap Albums.

After reaching the top, NF went on a tour with rappers, Logic and Kyle, hitting more than 30 cities in North America. The tour from June to August was certified platinum and sold over 1,000,000 units in January 2019 by the RIAA.

On January 19, 2018, NF released a single, No Name and on May 30, 2019, he released another single, The Search and later preceded an album of the same name on July 26. The Search, the fourth studio album by NF, reached number one beating Chance the Rapper’s debut album, The Big Day.

Who is NF married to?

Nathan married Bridgette Doremus in early September of 2018. The two had a beautiful themed ceremony, which matched Nathan’s simplistic and Bridgette’s bohemian style. Bridgette is a health and fitness expert. She even has her website called halfway-hippie.

NF Net Worth and Awards

The 28-year-old has a net worth of $6 million as of 2019 and has been nominated for various awards, including, Rap/ Hip hop Recorded Song of The Year and Best New Pop Artist and has also won the GMA Dove Award for songs, Therapy Session and Oh Lord.

Musicians Who Virtually Disappeared in 2018