Skip to content
Home » Entertainment » Neil Flynn and his role as Janitor in ‘Scrubs’ became a successful career.

Neil Flynn and his role as Janitor in ‘Scrubs’ became a successful career. 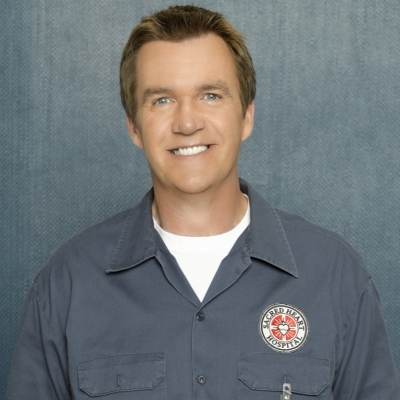 Undoubtedly, the famed actor Neil Flynn better to be called comedian had an early interest in performing. In his high school, partnering with Mike Shklair, he took home an Illinois Individual Events state championship for Humorous Duet Acting in 1978. And within his three and half decade-long career in show business, his portrayal as Janitor in Scrubs justified his talents.

Flynn was in a rush to kick off his professional acting career immediately after graduation. So, he returned to Chicago and performed in renowned Steppenwolf and Goodman theaters. Additionally, he performed with the Second City Comedy Troupe and at the Improv Olympic.

Before earning a starring role in Scrubs, he had minor roles in various movies and TV shows, including Baby’s Days Out, That 70’s Show, My Boys, CSI, Smallville, and Seinfeld.

Focusing on the new show The Middle, Neil continued with a guest role in Scrubs. He stars as family patriarch Mike Heck alongside  Frances “Frankie” Heck, played by Everybody Loves Raymond star Patricia Heaton in the ABC family comedy.

His other credits include as a Chicago police officer in The Fugitive, an FBI agent Smith in Indiana Jones and the Kingdom of the Crystal Skull, as Lindsay Lohan’s father’s role in Mean Girls, an anonymous police officer in Anchorman: The Legend of Ron Burgundy, and a small role in Rookie of the Year.

He took voice roles in various acting projects, including Buzz Lightyear of Star Command, Kim Possible, Vixen, etc. He has been performing with Beer Shark Mice for the years, his improv group. Within his career spanning over 35 years, he has amassed a net worth of around $5 million. Reports have it that he has been receiving several million dollars salary yearly. But authentic details haven’t come out yet.