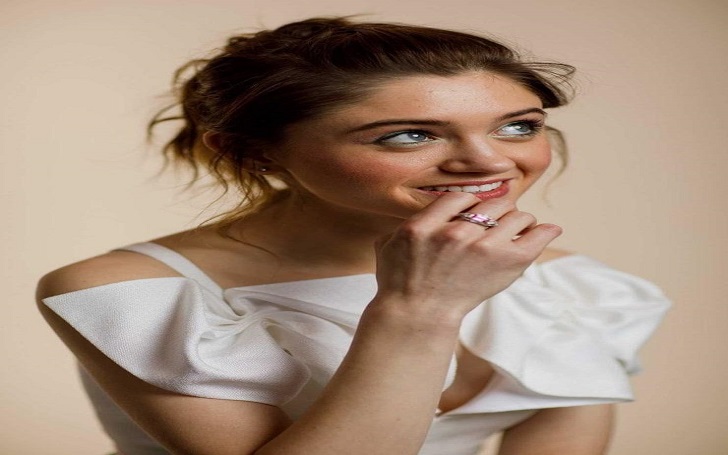 Natalia Dyer is an American actress best known for her portrayal of “Nancy Wheeler” in the Netflix science fiction drama Stranger Things (2016).

Ahead we present you with all the details of Natalia Dyer Wiki, Bio, Career, and net worth. So without wasting any time, let’s dig in.

Who is Natalia Dyer? Learn about Age, Family, Affair

The famous actress Natalia was born on 13th January 1995 in Nashville, Tennesse. She is the daughter of her father, Allen Dyer, who is a clinical engineering specialist. And mother Karen Dyer Young, who is an exercise physiologist.

Moreover, she is popularly known as Natalia Dyer. She is currently dating her Stranger Things co-star, Charlie Heaton. In 2016, the couple met on the set of Stranger Things.

How much is the Net Worth Natalia Dyer?

Dyer earns a significant part of her net worthy of portraying the character of Nancy Dyer in Stranger Things. She has an estimated net worth of around $4 Million. Moreover, she also earns $12,075 – $20,125 per sponsored post on Instagram. Similarly, she earns $150k per episode in the third season Of Stranger Things.

On the other hand, her boyfriend Charlie holds an approximated net worth of $3 million. His income is $150,000 per episode (Season 3) in Stranger Things.

Charlie is an English actor and musician who was born on February 6, 1994. He was born and raised in the English city of Leeds, West Yorkshire. Moreover, he is best known for his role as Jonathan Byers in the series Stranger Things. He started his career in the short movie Life Needs Courage in 2014.

Charlie has a son of seven years old, from a relationship with Akiko Matsuura. He was a drummer of a noise-rock band, and his ex-girlfriend was his bandmate.

Moreover, he is an actor known for The New Mutants (2020), Stranger Things (2016) and, Shut In (2016). He received the Screen Actors Guild Award for Outstanding Ensemble Performance in a Drama Series.

Dyer started her career when she was just twelve years old. Her first movie was Hannah Montana: The Movie (2009), where she was cast in the role of Clarissa Granger.

Her first significant film role was in The Greening of Whitney Brown(2011) as supporting character, Lily. Natalia Dyer’s first leading role was in 2014, where she played Davin in the lyric picture about growing up, “I Believe in Unicorns.”

Meanwhile, she starred in the indie film I Believe in Unicorns, which premiered in 2014. In 2016, she was also cast as Nancy Wheeler in the Netflix series Stranger Things.