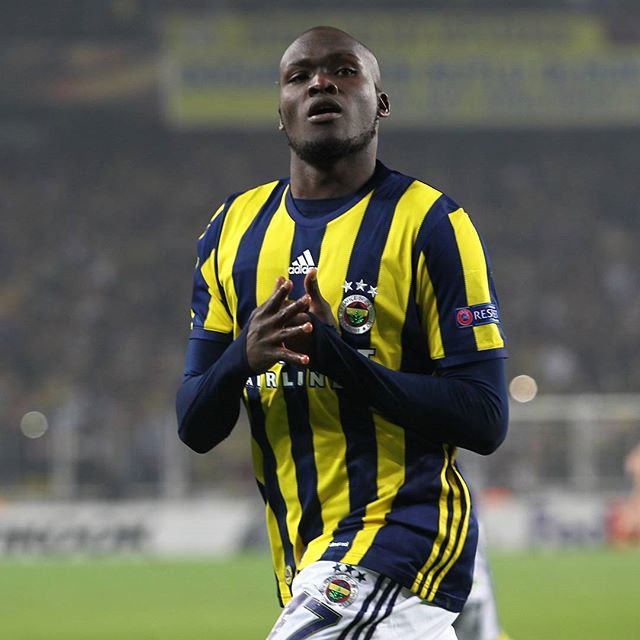 Fenerbahce stunned English giants Manchester United with two stunning goals and leave the Old Trafford faithful in danger of humiliating elimination from Europa League. The shock came for United in as early as the 2nd minute when French international striker Moussa Sow scored a delightful overhead kick to put the host ahead.

United, after the conceded the goal, dominated the possession but did little to trouble the host’s goalie. The first half got even worse for the visitors when their record signing Paul Pogba went limping off at half-time.

The second half started in the same fashion as the first half, United dominated the play, Fenerbahce held on to the lead. Juan Mata had a chance to level the scores for the visitors, but United’s player of the month for October failed to hit the target.

At the other end, Fenerbahce’s Jeremain Lens didn’t fail to find the target. The Dutch international curled in a brilliant 59th-minute free kick to put United on the danger of elimination.

United skipper Wayne Rooney rifled a 25-yard screamer to give some hope of a comeback for his side but Fenerbahce held on to claim all 3 points in front for their passionate fans.

Defeat leaves United third in the table with 6 points, a point behind leaders Fenerbahce and Feyenoord. Manchester United boss Jose Mourinho must be feeling the pressure now as United continue their disappointing run of forms.

Qualifying to the next stage of the competition remains in United’s hands, but in order to progress through to the next round, the must be ruthless in front of goal. A tricky trip to South Wales awaits Manchester United as they play Swansea in the Premier League on Sunday.

As for Fenerbahce, they must be delighted with their performance after United put 4 past them a week earlier. Striker Moussa Sow who is currently on loan from Al-Ahli was named the man of the match as his wonder goal and his energy helped Fenerbahce to a historic win.

Moussa Sow who is on loan from UAE side Al-Ahli is enjoying life in the Turkish capital. His current loan move expires in July 2017 and before he goes back to UAE he wants to win the Europa League. Sow signed for the Turkish giants for 10 million Euros in January 2012. His contract expired in the 2015-2016 season. After spending a little over three years with the Turkish side, Sow moved to UAE before being loaned back to the Turkey.

Moussa Sow has been a success in his spell in Turkey, but success has come only in professional fronts for him as he still is in search of a companion or a girlfriend. The striker who normally finds his target in the pitch has failed to find one off the pitch. Now in his 30’s time seems perfect to welcome romance in his life.