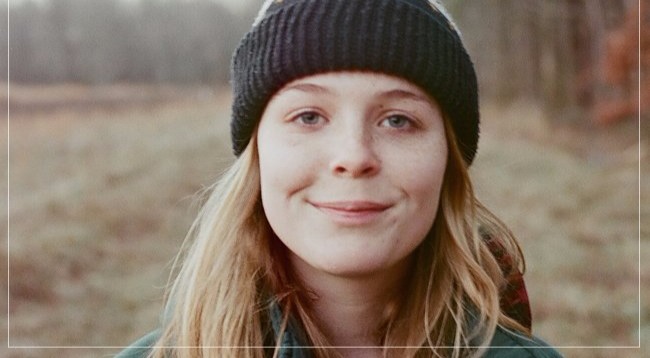 Maggie Rogers, an aspiring singer hailing from Easton, Maryland, has recently come up with another stunning single not so long after unveiling a breakout hit named “Alaska” weeks ago.

Following up her song that brought Pharrell Williams to tears, Rogers is back again with the single “Dog Years”. The song stays true to folk-dance hybrid precedent set by Alaska, complete with the bird chirps & thrills.

Dog Years is about trusting the universe, about being a good friend and never having enough time. https://t.co/kyk52hc3MC pic.twitter.com/GPxdqVuOiE

Apart from several high-school recordings, Alaska is the young musician’s only official release.

Now the wait is over! She is back with a worthy follow-up, a fantastically broody dance pop track that is likely to be her 2nd internet hit this year.

Dog Years is a beautifully produced piece of layered electronic pop with Maggie’s seriously impressive vocals. The singer said about the track: “Dog Years is about trusting the universe, about being a good friend and never having enough time.”

Here, she coos about perseverance & love over a glimmering folk-pop melody. She took to Twitter to explain the song and said, “Dog Years is about a day I skipped class to stay in bed and make frozen pizza with a boy I loved. Dog Years is about change, about loving and leaving and still loving, about trusting yourself.”

The singer said to fans after releasing the stunning single which is about to be the hit, “You know, all the things that make life the bundle of wonderful chaos that is both for better and worse.”

Alaska, the song made popular by a crying Pharrell, recently exceeded 18 million plays on Spotify. The track’s current momentum make it appear at Top 40 in immediate future. It’s quite easy to imagine – while Rogers’ almost all songs have reached the top, Dog Years will win over the masses in its place.

Both Alaska and Dog Years exist in a niche corner of the present pop market the American singer is swiftly claiming as hers & hers alone.

Since unveiling Alaska, the young star has signed a recording deal with Capitol Records and has talked about her plans to release an EP in early 2017.