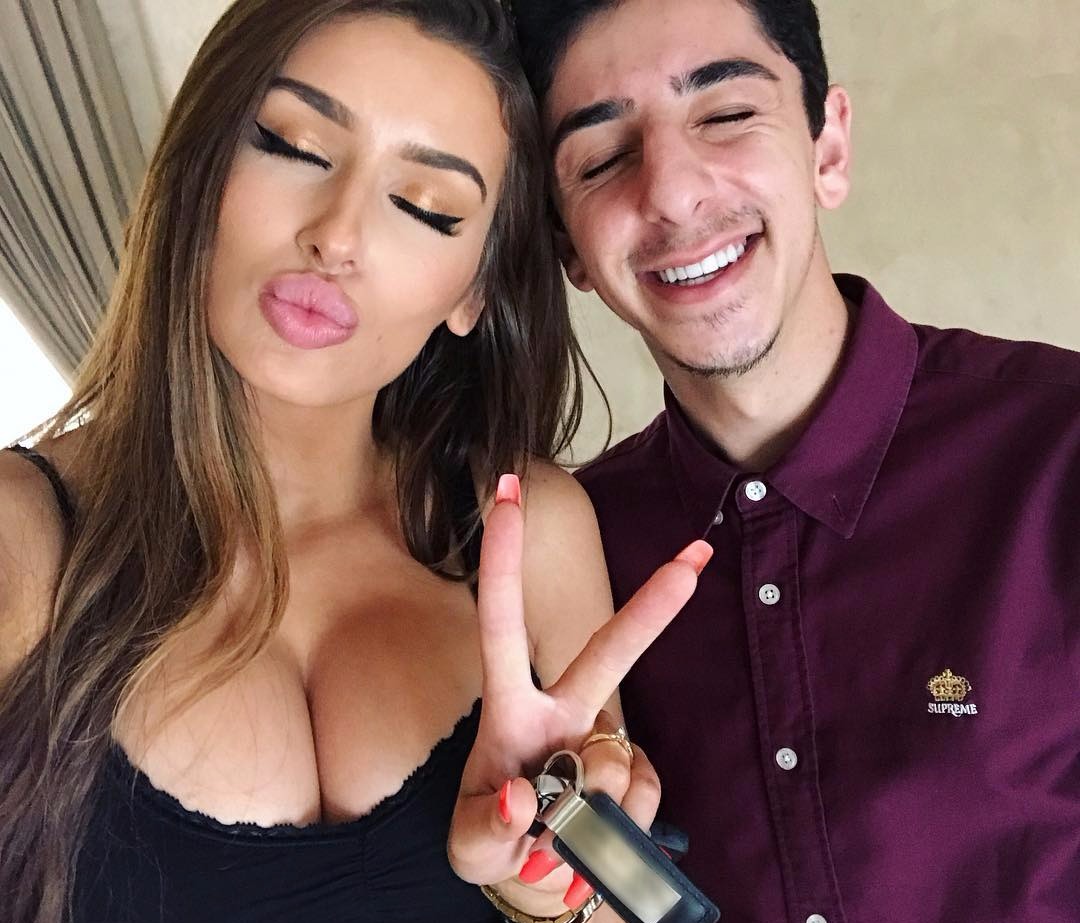 Molly Eskam’s photos on her Instagram in barely-there clothes have done a lot to make her a prominent internet sensation. Other than this essential information about the YouTube star, her personal life has been gaining a lot of attention in a short time.

Find out more about Molly in the article down below. Likewise, read about her age and more. Furthermore, find out about Eskam’s relationships as well.

Molly Eskam was born as Molly Kathlyn Eskam on September 29, 1998, in Scottsbluff, Nebraska. Moreover, she is the third child of a German father, Kent Eskam, and an Irish mother, Laurie Eskam. Furthermore, the online celebrity has two older brothers named Chance and Chace.

Eskam didn’t traditionally complete her high school as she went to the school only during her first year and completed her studies through online classes. At a young age, Molly moved to California and has lived in Carlsbad. The online celebrity lived an ordinary life until she started her modeling career at 14.

As of now, she is a famous bikini and swimwear model and also a runway model. Eskam has walked in the events like the Courtney Allegra Runway Show. If you wonder what Molly would embrace as a career if she were not a model, the answer would be a party or event planner.

The Scottsbluff turned California transplant, Molly Eskam, is an inspiring web sensation. She runs a self-titled YouTube channel since the mid of 2010. She has garnered more than 329K subscribers.

Additionally, she is also an Instagram star with more than 472K followers. With the updates about her modeling, new YouTube videos updates, and revealing pictures, the bikini-clad has been ruling the hearts of many youngsters.

Molly Eskam became the center of attraction after her relationship. Likewise, she gained massive limelight for her affair with another YouTuber star Brian Awadis, popularly known as FaZe Rug.

The two came together on FaZe’s YouTube video “Call of Duty Model Warfare” to convey the message. Molly took to Instagram with a snap with FaZe Rug.

The couple hasn’t officially said they’re dating, but they are often seen together in Instagram photos and YouTube videos. They celebrated Eskam’s 19th birthday recently.

Find out who FaZe Rug has dated before Molly.