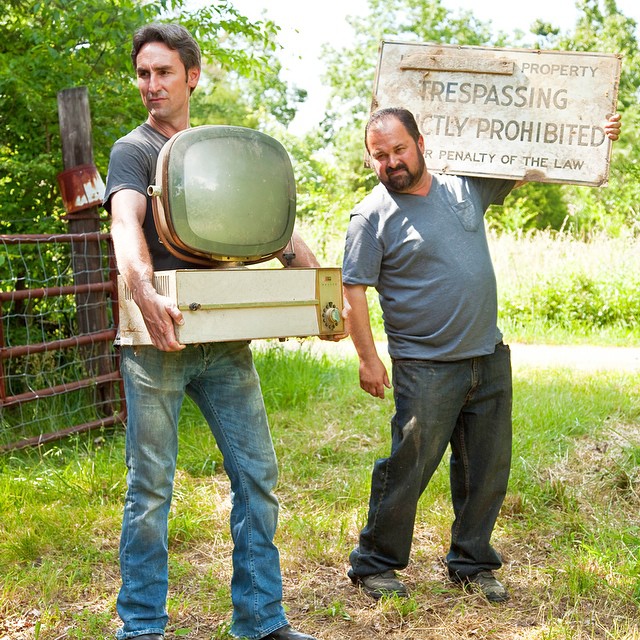 You may have heard of History Channel’s show American Pickers, which follows two antique and collectible pickers, Mike Wolfe and Frank Fritz.

Today we are talking about Mike Wolfe, whose passion is fueled by a soul-deep appreciation of America’s history, values and stories.

Mike has earned his living following dirt roads through sleepy towns across America in search of vintage goods from bygone eras.

In fact, that is what he loves to do since his young days.

He is the creator, executive producer and star of the History Channel’s hit TV show, and has become a household name in the world of picking.

He was born on June 11, 1964, in Joliet, Illinois, the United States as the second of three children to his parents.

He along with his sister, Beth Wolfe and brother, Robbie Wolfe were brought up by their single mother.

He started picking at 4 when he found an abandoned bicycle out of his neighbor’s trash and sold it for $5.

One day, while looking through a barn, he found a bike, which he bought from a farmer at $50 and sold it for $5,000 and then considered a career of picking.

For over two decades of his life, he continued exploring the country in search of cool finds.

It’s wasn’t until January 2010 his anonymity ended, when the show, American Pickers was born.

He had been pitching the concept of the show to various networks for about five years before it was picked up by The History Channel.

The show became the TV’s highest-rated non-fiction show garnering over 5.4 million viewers each week in the first season.

Now, the show is airing it’s eighteenth season, where he and his friend of over 20 years, Frank Fritz are main casts.

Following the show’s popularity, he opened another store of Antique Archaeology in Nashville, Tennessee.

Their daughter Charlie was born on January 30, 2012, eight months before their marriage.

Now, the family resides in his dream home in Leiper’s Fork, where every room reflects a country character.

He released a book entitled Kid Pickers: How to Turn Junk into Treasure in 2013 to convey the significance of vintage items to new generations.