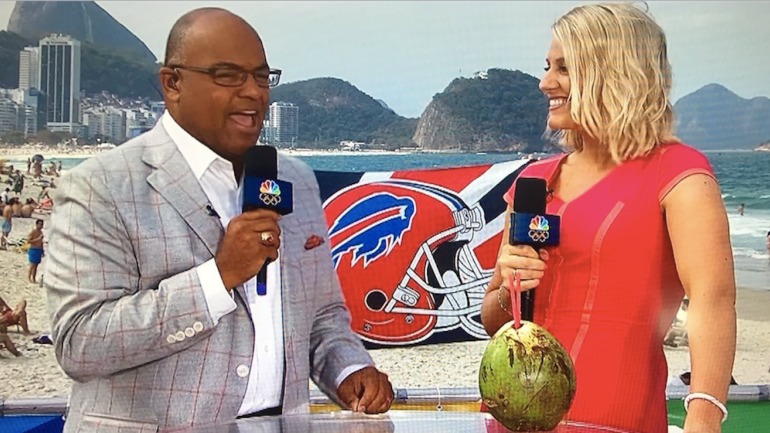 Mike Tirico earned a graduation from Bayside High School and furthered his studies at the Syracuse University. His career began during his undergraduate years in the Syracuse University working as sports director at CBS-affiliate Syracuse-based station WTVH-TV. And it was 1991 when he joined ESPN as an anchor for SportsCenter. His versatility and ability to handle any of the assignments properly while he was working for SportsCenter helped him to leave a lasting impression among his colleagues and audiences as well.

From 1993 to 2001 he hosted studio coverage of various ABC and ESPN covered events also including a stint on Monday Night Countdown, a show on ESPN which was previously NFL Prime Monday. During that time, he also hosted NBA studio shows on ABC. He also served anchor on 2009 US tennis tournament.

He hosted his own show The Mike Tirico on WAER radio station which was later during 2004 which was later on telecasted from ESPN network. The show’s name was changed after his co-host Scott Van replaced him.

The talented announcer also worked with various media personality for the PGA and NBA coverage. He even made his appearance as the guest host for the ESPN’s show called Pardon the Interruption. He joined NBC Sports to cover Rio Olympics 2016.

Talking about his salary and net worth, he has a total net worth of $3 million and which is a result of his $400 thousand annual salary. Well, Mike Tirico’s remarkable voice on sports events that have wowed the listeners has earned him both the fame and the fortune.