Everything about ‘House of Muscle’ host Mike Musto 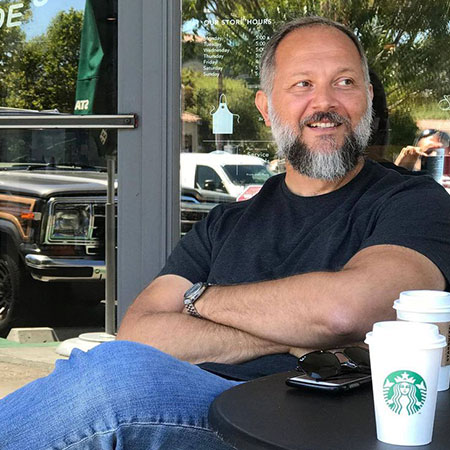 The king of the muscle car, Mike Musto was born and raised in Manhattan, New York.

His family fancied cars, but those nice cars only. His father mostly had negative comments to pass on racing activities.

He has been familiar to Monte Carlo from his childhood, as his aunt & grandfather owned one each in which he says has countless memories.

He had interests in joining the military but eventually ended up graduating with a degree in business.

He complains that he only got to see old and rusty Mustangs and second-gen Camaros and Novas in his high school parking.

If he had experienced the craze of a muscle car any sooner, he would not have wasted his early one decade in web designing.

Despite his unwillingness to work on a desk in a corporate scene, he worked as a web designer for about 12 years at the Citi Bank in Manhattan.

Passionate about motorcycles in his early days, he had six motorcycles at that time, and also owned a Dodge Dakota.

Frequent crashes in bike rides led him to shift his preference into cars.

So, he bought a ’68 Dodge Charger spending a great deal of money, which he says is the greatest thing he ever did.

In 2006, his friend Rob Einaudi encouraged him to participate in the audition of show, Bullrun.

He along with his friend Jim had thrown their name in the hat; the result is a known history that they both got selected.

After appearing on the show, both Mike and his car, Mr. Angry earned a huge fan base.

His performances in the show, Big Muscle and his radio show, RPM was also appreciated by many.

One thing led to another; he is now the host of an online web series, The House of Muscle, that airs on YouTube channel with the same name.

The show, which is all about the relationship between the car enthusiasts and their cars, reflects that cars can be one’s family, friend and even therapist.