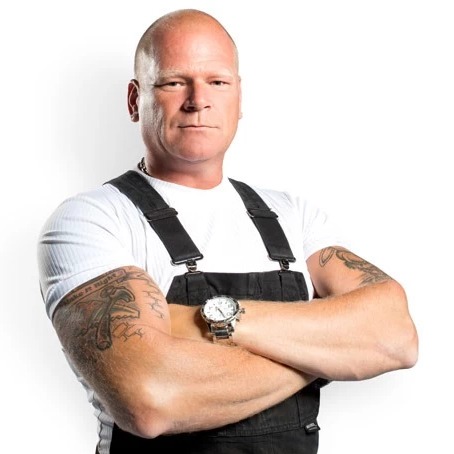 A host of HGTV’s Holmes on Homes, Mike Holmes advises homeowners around the globe on how to manage home repairs, renovations, and maintenance. He is a multi-talented personality, who is a businessman, an investor, television host and a philanthropist by profession.

Mike is a contractor, who knows the importance of craftsmanship and resourcefulness. He has garnered a huge fan base for his experience in new-home construction & sustainable buildings over the years. But, he is far more than just a contractor.

He acts a powerhouse behind a media empire that incorporates numerous award-winning TV series, bestselling books, syndicated newspaper columns, magazines, and DVDs. Cited as “the most trusted contractor of Canada”, his recognition for quality, honesty, and integrity have international appeal.

His reality shows including Holmes on Homes, Holmes Inspection and Holmes Make It Right air in several countries of the world. Moreover, he has also appeared as a judge on the variety of shows which include Handyman Superstar Challenge and All American Handyman.

Also a best-selling author, he has shared his experiences in two books and writes a weekly newspaper and magazine column. Nowadays, he is giving his time in developing a unique community of eco-friendly & sustainable homes in Alberta, that will set a new standard for construction and design.

After beginning his career in his early adulthood, he established his own construction firm by the age of 21. In his career spanning over 34 years, he remains passionate as ever. He has been taking part in charity through The Holmes Foundation.

53 years old Mike Holmes was born to parents Jim Holmes and Shirley Holmes. Perhaps he was influenced by his contractor father to follow his footsteps. He began his first construction company at the age of 19 and two years later he was established as one of the reliable names in the construction business.

Halton Hills, Ontario native Holmes is a proud father of his three children: two daughters and a son born with former wife Alexandra Lorex. Since 2000, he has been dating Anna Zappia. Scroll down to read his full biography.