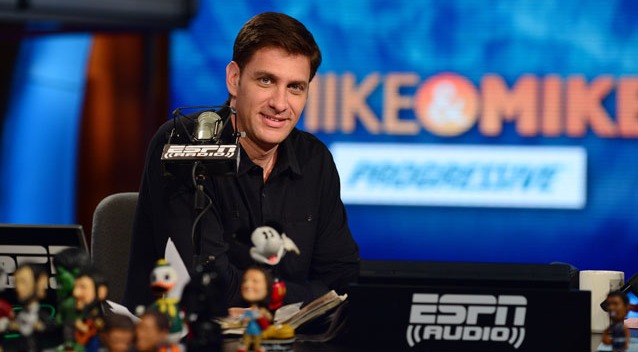 Multitalented and multi-professional personality Mike Greenberg is a television anchor, television show host, radio show host and a novelist. Under his belt he has a successful career with ESPN where he serves for its two major programs SportsCenter and Mike & Mike. Besides ESPN, Greenberg was associated with ABC where he hosted a game show Duel (2007-2008). Plus, he is also known for co-hosting SportsCenter alsongside Mike Golic during the National Football League season since 2011.