Skip to content
Home » Entertainment » Michelle Beadle’s net worth and over the top salary. More on her hot body measurements

Michelle Beadle’s net worth and over the top salary. More on her hot body measurements 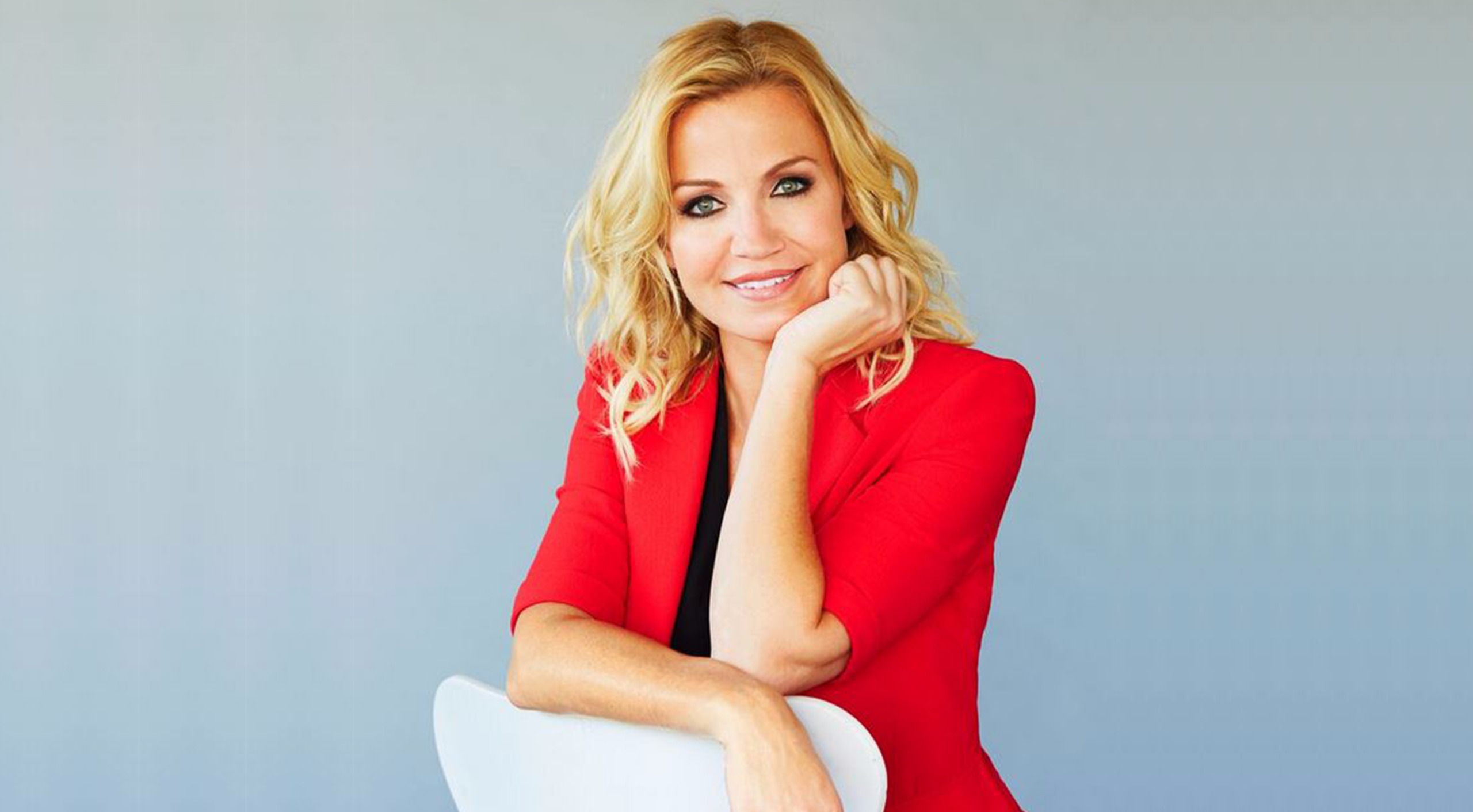 Michelle Beadle’s reporting and anchoring job at ESPN and other networks have earned her a huge net worth and garnered huge reputation in the industry. Alongside her career and married life, what fans’ always show concerns to, is her hot body measurements. Scroll down to read the whole story.

Michelle Beadle was born in Italy on October 23, 1975, to Bob Beadle and Serenella Paladino. She was relocated to America with her family, including her younger brother and sister. She spent half of her early childhood in Roanoke, Texas, and later moved to a small town outside San Antonio, called, Boerne. She learned English alongside her mother, whom she considered to be her best friend. 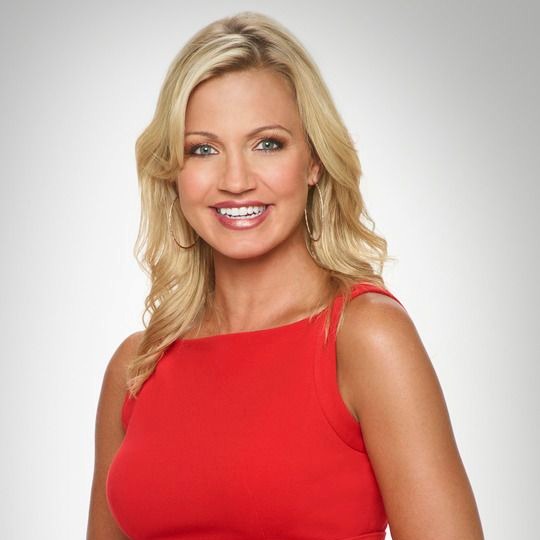 She graduated from Boerne High School and ended up attending the University of Texas as a pre-law student. After working at the capitol in Austin, Beadle got diverted from pursuing a legal career. She then decided to take three years off and worked odd jobs in Canada. While still deciding on what to do with her life, she returned to Austin and waited tables.

In 2001, she graduated from the University of Texas with a bachelor’s degree in Communications.

Here’s everything you need to know about Samantha Ponder

Michelle Beadle’s salary and net worth value is astonishing

Michelle Beadle is a sports reporter, who is currently a host of ESPN2’s SportsNation. Previously, she co-hosted Winners Bracket with Marcellus Wiley.

Studied political science at the University of Texas, she joined a law group and landed a job at the capitol in Austin, where she was discouraged from pursuing a legal career. It took few years for her to realize, what she wanted to do until starting as an intern for San Antonio Spurs with her dad’s assistance. 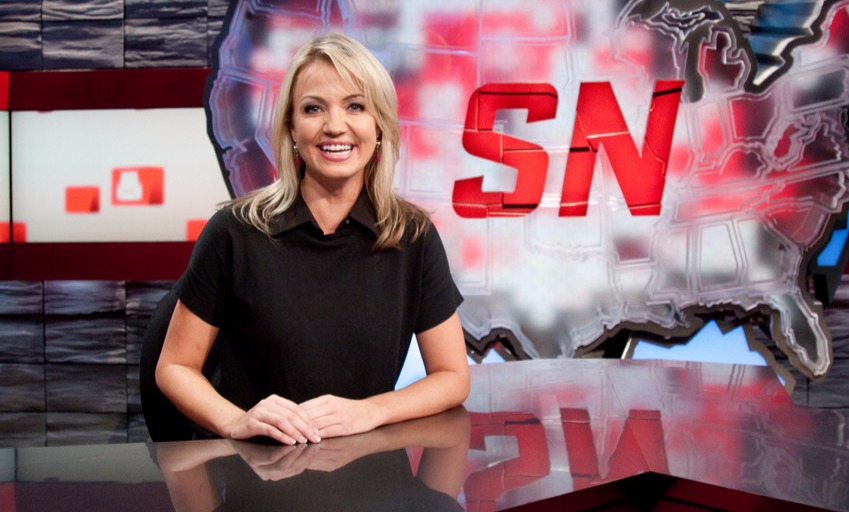 Her career literally began when she started hosting Big Game Hunters at Fox Sports Net. Then, she became a sideline reporter of TNN for the coverage of Professional Bull Riders’ Bud Light Cup tour. Firstly, she was meant to fill in for 2 weeks but was later asked to stay full time. During that time, she also served as a freelance reporter for CBS Sports’ PBR & ESPN’s Titan Games’ coverage.

She hosted varieties of entertainment-themed & reality-based shows on different networks until making her way to the ESPN to co-host SportsNation with Colin Cowherd on 1st June 2009.

In 2012, she left ESPN for NBC and landed a job of the correspondent on network’s show Access Hollywood. She appeared with Dave Briggs on NBC Sports Network’s The Crossover with Beadle and Briggs, for several months in 2013.

Beadle returned to host SportsNation in March 2014. Serving for a long-time at the network, she has been receiving a hefty salary of $600 thousand annually, that has summed up to amass the whopping net worth of $5 million into her accounts. Her dedicative indulgement in sports journalism for years provides a notable basis for her fortune.

Returning back to ESPN

On March 3, 2014, Beadle returned to ESPN as a co-host on SportsNation. In July 2014, she criticized her co-host, Stephen A. Smith on Twitter for his comments on Ray Rice’s arrest for domestic abuse which led to a week-long suspension for Smith. She also had a heated social media conversation with MTV celebrity, Christopher Boykin on the same matter. 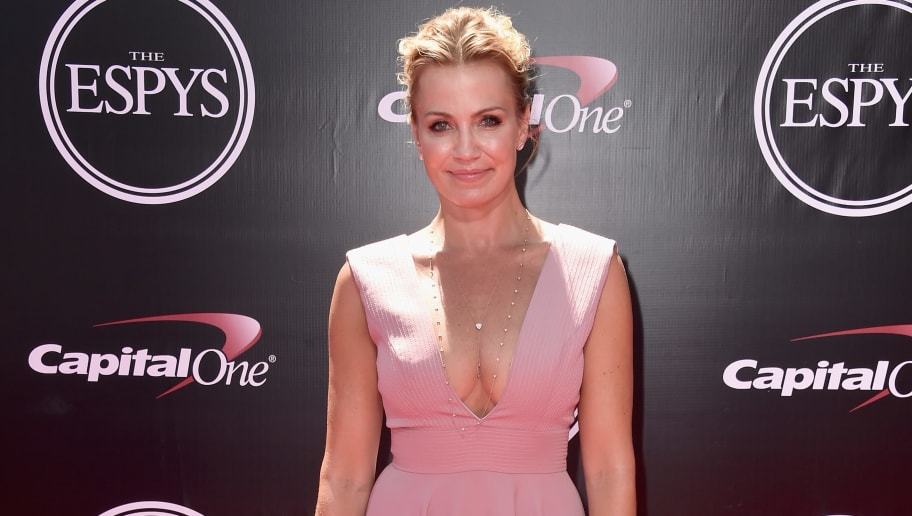 In September 2014, she joined the subsidiary of ESPN, Grantland where she hosted a podcast called BeadleMania. Two years later in April, she began hosting NBA Countdown and in April 2018, she began hosting the morning sports show, Get Up!, with Jalen Rose and Mike Greenberg.

During a Friday Morning segment in June 2018 of Get Up!, Beadles ripped the professional basketball player, Kawhi Leonard, for avoiding the Spurs, calling him “obnoxious” and a “hissy fit.” She said, the way Leonard handled the situation when San Antonio Spurs came to meet him in New York City during his rehab was immature and had undergone an unlikable heel turn.

Beadle who was reportedly given a deal worth $5 million a year for Get Up!, left the show in September 2018, to devote more time on the ESPN’s NBA coverage. As of recent news, the host is set to leave the network for good as she says she’s done watching football due to the NFL’s response to several domestic violence controversies.

Beadle, who is a huge wrestling fan, had a run-in with her former friend and wrestler, CM Punk (Phil Brooks) and his then-fiancee, AJ Lee in 2013. The ESPN SportsNation host had said some disgraceful remarks to the former WWE star which offended Punk, ruining his relationship with Beadle. 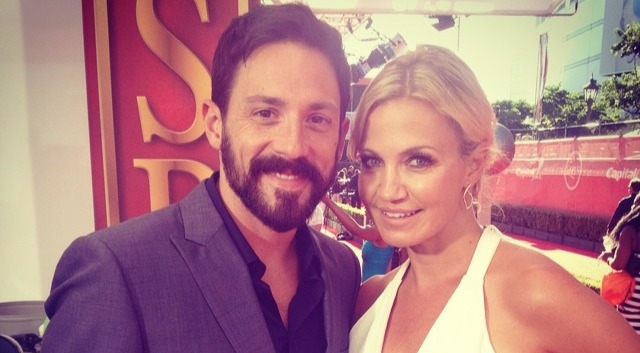 Michelle Beadle was previously in a long-term relationship with Tony-award winning actor, Steve Kazee. They had a happy relationship before splitting in 2016.

Post her breakup with Steve, Beadle has been enjoying the single life. As seen per her Instagram posts, she enjoys traveling, spending time with her family and dogs. She also has filled her Twitter continuously with the perks of being single.

Michelle’s full-time journalistic job has certainly made it hard for her to maintain a balance between her profession and personal life. One of the hot ESPN reporters, she is quite aware of fitness regimen.

Being an avid marathon runner has also helped her stay fit and healthy. She is known to be an active participant in marathons.

I’ve always said to myself that I’m going to run a marathon before I die.

On her diet, she has claimed to avoid carbohydrates. “I’ve got an Italian mom who’s like, Eat more pizza!’ I’m like, ‘Mom, I don’t think you get what I’m trying to do here.” 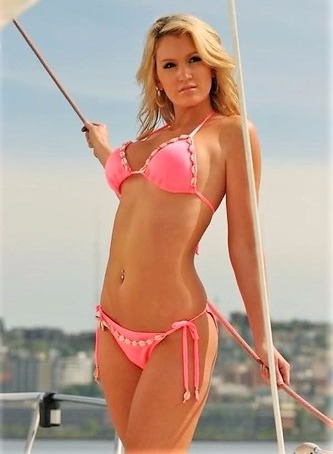 Perhaps, it’s daily workouts and low-carb food, which has helped her to maintain a curvaceous figure with measurements approx. 37-25-35 inches. Tall height of 5 feet 8 inches and weight around 58 kg has complemented her enticing figure. She looks too hot in bikini and fans always find her attractive in any dresses she chooses to wear while appearing in her shows. All credits go to her well-defined body.

While, plastic surgery has been so common, she is also guessed to have undergone anti-ageing treatments on her face that maybe either Facelift or Botox injections. No any procedures to enhance her body features have been reported yet.