Engaged Jillian Harris’ fiance yet to be husband? 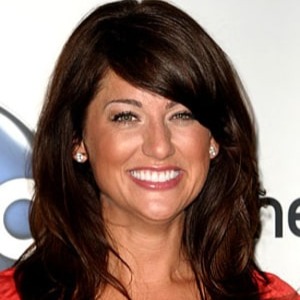 Jillian Harris hasn’t tied the knot with her longtime boyfriend Justin Pasutto but she is in a committed relationship with yet-to-be husband, Justin since August 2012.

Dazzling TV host and former designer of reality TV series Extreme Makeover: Home Edition, Jillian Harris,is near to touch the age bar of 40 and still she has not made the decision to marry. Just 2 months back, she gave birth to a cute little boy named Leo George Tiziano Pasutto from with beau Justin.

Jillian is presently dating Justin Pasutto whom she met while appearing on the popular reality show The Bachelorette. We can see many pictures of them together on various social networking sites.

Jillian recently shared the good news with the media. She and her boyfriend welcomed their first child together on August 5, 2016. Her new-born son is named as Leo Tiziano Pasutto.

She revealed the news of pregnancy through her Instagram and blog. The happy couple, Jillian and Justin both seems very happy and excited for their first child.

Previously in March, she posted a picture showing her baby bump. In the picture, she was pointing towards her bump captioning as Mornin’!!! #littlebump #16weeks.

The first-time mommy and daddy are rejoicing their new parenthood. Justin posted a photo of their son on his Instagram too, with a caption “Hi my name is Leo.05.08.16 #thankyouJill #youroneamazingwoman”.

Justin Pasutto was not the first man Jillian Harris dated

Before finding the true love in Justin, she was in a relationship with American businessman Ed Swiderski. She parted ways with him after dating a year in September 2010. Jillian was quite serious about her relation with partner Swiderski such that she even got engaged to him in July 2009. The relation started while they were participating in the popular reality show The Bachelorette. However, their love relation didn’t turn out to be a successful one.

Have a look at the video of Jillian and her ex-partner Swiderski which is nearly of seven years back.

Beautiful host and reality star, Harris is presently living an ecstatic moment with her current partner Justin. Both are seeing each other for nearly four years now.

Obviously, there is so much love between Jillian and Justin. Their love and affection will become much stronger with their newborn baby, Leo. The divorce seems nowhere in the picture as they are having an enjoyable moment together.

Leos nursery tour on the site today (Link in profile) The perfect compliment to my @thecrossdesign instagram takeover!!! @lovebykristaevansphotography

We hope that the beautiful Canadian host, Jillian Harris, is planning to marry her long-term boyfriend Justin Pasutto soon. There is so much love in between the couple that issues like divorce or separation shall be far away from Jillian Harris and Justin Pasutto’s lives when they would marry.