Michele Tofoya and Mark Vandersall married since 2000. Who is her husband. Know her salary 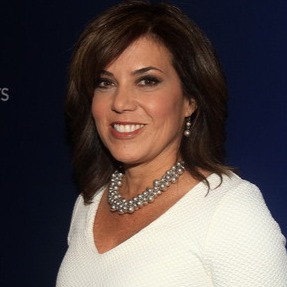 Michele Tafoya, two times Emmy-winning sportscaster, married Mark Vandersall in 2000. Mark is a private wealth advisor at Ameriprise Finance. Michele takes home an annual salary of $200 thousand and has an approximate net worth of $2 million.

Michele has maintained a very successful and rewarding TV career

In January 2000, she shifted to ESPN and ABC Sports. She left ESPN at the end of the 2010-11 and joined to NBC Sports. Eventually, she became the sideline reporter at NBC Sunday Night Football.

Michele’s current position at the NBC has earned her good money: annual salary of $200 thousand and net worth of $2 million.

Michele Tafoya joins us in few minutes with a Vikings preview!!! pic.twitter.com/ZZGF4R04BB

Michele is very competent at her job and has a very likeable presentation approach. For her performance, she was awarded the 2011 ad 2013 Emmy Award for Outstanding Sports Personality – Sports Reporter. Not only that, she is a recipient of two Gracie Awards.

Both Michele and Mark have very demanding careers. It is safe to assume that the couple must require genuine efforts to create quality family time. However, as evident through Mark’s twitter account, their children are really close to them.

Michele, in particular, is seen to plan vacations, take the family for a sports day out and in general get them actively involved in school sports.

Our best wishes to Michele’s happy and rather rich family life with husband Mark and two children! Hope Michele Tafoya continues to inspire others with her hard work and a rather huge salary.

While a sportscaster and a financial advisor make a rather unlikely pair, Michele and Mark share a mutual interest in American football, among other sports. A safe bet, Mark must have gotten Michele to like him by talking sports!

#TBT
The suit should illustrate how long it's been since I covered the @NBA.
Left it to hang out more with my family. pic.twitter.com/6l3V7QpQuv

One of the few downs of Michele’s married life was that she had four miscarriages. You could understand the devastation and pain of a miscarriage only if you were a parent yourself. In some marriages, miscarriages even drift your partner away!

But, quite patiently, Michele and husband Mark supported each other. Michele gave birth to a son at 40. Michele and Mark also adopted a baby girl.