Skip to content
Home » Entertainment » What is The Car Chasers Meg Bailey up-to now? Facts about her

What is The Car Chasers Meg Bailey up-to now? Facts about her 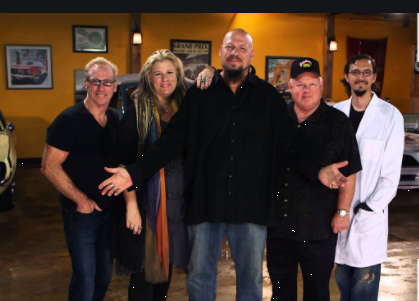 Meggan Bailey is known as “Hard Candy” among ‘The Car Chasers’ viewers.

She is the office manager at her husband, Jeff Allen’s shop, Flat 12 Gallery, which was featured in the show.

The show followed Jeff, Meg and Perry Barndt as they scoured the country hunting for muscle cars & classic hot rods.

Finally the cars are sold at high profit after the master mechanic overhaul and turn them into masterpieces.

At Flat 12, Meg holds everything together, keeping track of finances, marketing the cars and searching through internet for new treasures.

In her spare time, she loves to spend hours working on photography. In the past, she would show up at NASCAR races to take pictures.

One day when a photographer didn’t show up, she was asked to step in and take hold of the camera.

Afterwards, she got to launch her career as an automotive photographer and journalist.

She is also a TV producer. She has worked as a producer for shows for SPEED, the Military Channel and Discovery.

She was also one of the co-creators and producers for CNBC’s ‘The Car Chasers’ which aired from March 2013 to February 2015.

Meg and Jeff have been together since their high school years.

She has also been Jeff’s longstanding financial advisor, instructing him on what car to buy and sell.

She started driving at an early age. The first car she drove was a 1972 Chevrolet EI Camino SS, which she unfortunately crashed at 16.

Meg is quite an athletic woman. She competed for many years nationally in Flat Track Roller Derby with the West Texas Roller Dolls.

Lesser known fact about her is, she is a horsewoman at heart having bred and raised many World Champion APHA horses.

Nowadays, Meg and her husband are attending the race shows throughout the nation and are operating their shop.