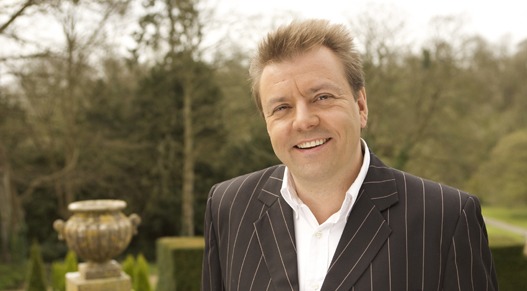 Martin Roberts is a multitalented British national who is famed as a television personality, investor, author and property expert. He is currently involved in presenting Home Under the Hammers, a BBC one series. The show is co-hosted by Roberts, Dion Dublin, and Lucy Alexander.

The multitalented television personality Martin Roberts was born as Martin Leyland Roberts on 20th July 1963 in Warrington, Cheshire, England. He is currently one of the celebrated names in his field.

Despite being one of the best in his field there is no information in relation to his childhood. However, it is known that he joined Bradford University from 1982-86 where he studied Electronic Engineering.

Just like his profession he has a successful marital life

Martin Roberts, now 53, is a married person. Martin Roberts tied the knots with his wife Kristy Roberts in June 2010. The couples currently reside near Bath, Somerset with their two adorable children.

It’s been more than 6 years into the couple’s marriage, and in this long time, the couple has successfully been able to keep the axe of divorce away from their marriage. After successfully carving out his career in the field of journalism and in property, Roberts seems to have mastered the art of making his family a happy one.

He started his professional career as a presenter for BBC

The television personality Martin Roberts made his debut in the1980s in Manchester as a correspondent for BBC radio. Since then he has gone on to present several programs for BBC.

Back then, in the 80s, he dominated the radio shows with his brilliant presenting skills. In that time he presented numerous shows which include How to Survive the Property Crisis and Put Your Money Where Your Mouth Is.

His career switch from BBC to property developer brought him success

After successfully making it big as a presenter with two heavyweight broadcasting channels BBC and ITV in the 80s, he went on to pursue his career in a different field a decade later.

Besides accumulating fame as a radio and television presenter he also is an author. The multitalented personality shared his knowledge and his experience as a property developer and released his first book titled Teach Yourself Making Money From Property.

A look at the net worth of the property developer

Martin Roberts is one good looking man with a successful career with him. He has mastered the art of carving out success from his career and from his personal life too.