Skip to content
Home » Entertainment » What is Martha Stewart net worth in 2018?

What is Martha Stewart net worth in 2018? 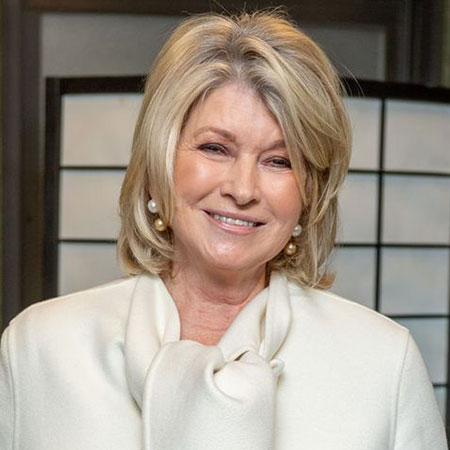 She was born on August 3, 1941, as Martha Helen Kostyra, in Jersey City, New Jersey to a middle-class family.

At the age of 10, she worked as a babysitter for Mickey Mantle, Yogi Berra, and Gil McDougald from the New York Yankees.

She appeared in a TV commercial for Unilever when she was 15 and went on to appear in other TV commercials and magazines.

To pay for her college, she started modeling for Chanel at $50/hour.

She graduated with a double major in History and Architectural History from Barnard College.

She met Andrew Stewart during her college years, Andrew had finished his law degree at Yale Law School.

They married in July 1961 and later moved to Westport, Connecticut, where they purchased a farmhouse on Turkey Hill Road.

The couple who share a daughter, Alexis Stewart, got divorced in 1990.

This Turkey Hill Road farmhouse later became the model for the TV studio of the show, Martha Stewart Living.

Martha started a catering business in her basement with Norma Collier, but later bought Norma’s portions of the business.

During the book release party of ‘The Secret Books of Gnomes,’ she met Alan Mirken, head of Crown Publishing Group.

Impressed by her talent as a chef, Alan contacted Martha to develop her first cookbook, Entertaining.

Following its success, Stewart released various books and appeared on programs such as The Oprah Winfrey Show and Larry King Live.

In 1990, she developed a new magazine, Martha Stewart Living with Time Publishing Ventures.

She started a weekly half-hour service program based on her magazine in 1993, which later became a full hour show in 1999.

In March 2005, she returned to daytime television with ‘The Martha Stewart Show.’

The show later moved to the Hallmark Channel on September 13, 2010, and aired for two seasons before its cancellation.

In 2016, VH1 premiered a new show with her and her friend, Snoop Dogg called Martha & Snoop’s Potluck Dinner Party.

Martha Stewart also has her own YouTube channel, where she provides recipes and cooking tutorials.