Skip to content
Home » Entertainment » Married thrice yet husband-less Giselle Blondet is busy nourishing her career and children. How much net worth does she owns?

Married thrice yet husband-less Giselle Blondet is busy nourishing her career and children. How much net worth does she owns? 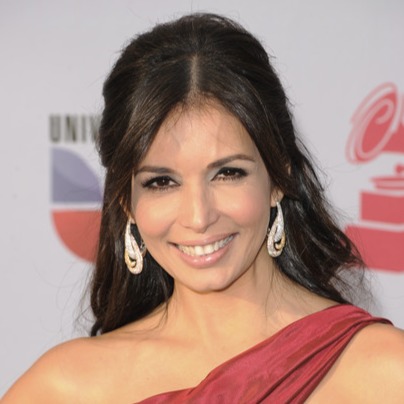 Giselle Blondet, who has had three failed marriages, is currently husband-less and solely focused on her career and children. The Puerto Rican actress and television host is reported to have a net worth of 10 million dollars.

Giselle Blonde has had three husbands and three children.

Giselle Blondet has been quite successful as an actress/presenter/talk show host and writer. However, she hasn’t had much luck in terms of marriage. Speaking of marriage, Giselle has been married thrice in the past and has parted her ways with her third husband as well.

Giselle’s first husband was Luis Iglesias with whom her marriage lasted two years from 1982- 1984. Gisele and Luis have a daughter together, Andrea. In 1968, Gisele got married for the second time to actor Luis Abreu but the marriage ended shortly after.

Currently, marriage has been totally out of scene for Giselle. Instead, Gisele has been more active professionally and advancing her occupation of an actress, host and writer.

Alongside, Giselle has also been investing hertime with her threechildren.She swears to stay away from men and take care of her children instead.

Giselle Blondet has a net worth of $10 million!

Despite the unsuccessful marriages, Giselle’s life took a rather positive turn in terms of her career. Her career has since then took off for the better.

Giselle has been doing tremendously well to the point that now her net worth is equivalent to 10 million dollars. Giselle has indulged in several television shows, soap operas and movies amongst which she is widely famous for hosting the reality show called ‘Nuestra Belleza Latina’.

Giselle, who has already crossed the age of 50 is known for looking younger than her age. She partnered with Wal- mart to release her collection called Gi by Giselle Blondet which was a huge success.

Giselle was also amongst the group of celebrities who walked down the catwalk in red dresses the Heart Truth Red Dress Collection Show in 2014. Giselle is the founder of the non-profit organization ‘Fundación Arte por La Paz’.

Giselle Blondet has had a fair share of ups and downs regarding her marriages but she still cherishes her children who are the result of those marriages.

According to Giselle, she has learnt from her mistakes and she only desires to focus on her kids while calling them her ‘support’. May Giselle Blondet’s relationship with her children and her career flourish even more!