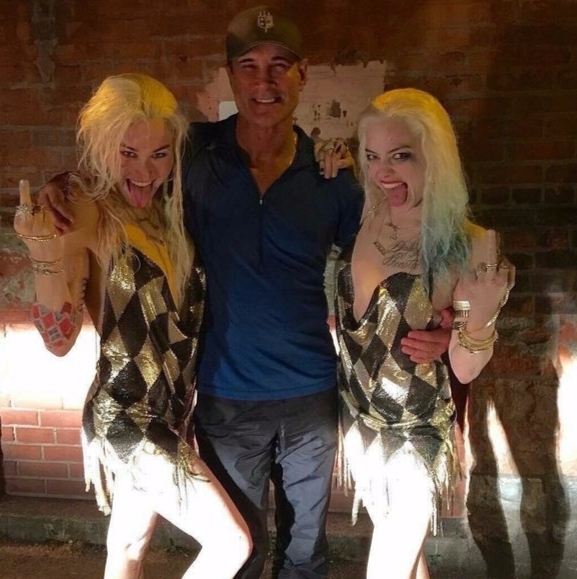 Surely Margot Robbie may be one of your favorite actresses in the world. Her Harley Quinn stunt double, Sarah Scotford look like her in a photo Suicide Squad stunt manager Richard Norton shared on his Instagram.

The Australian actress, who won millions of heart back when appeared on Wolf of Wall Street delivered the breathtaking performance as the Clown of Princess Crime in Suicide Squad.

Superhero projects require dangerous stunts to pull off the elaborate fight scenes, where usually stunt doubles come in and take over the star. Sarah doubled Margot in some dangerous stunts but not in all. She is counted among very few actresses who have bravely taken on as much of the stunt work as possible.

“She is by far the most compassionate, gifted actor he’s ever worked and her ability to do things. She did something last night, which I won’t say, but it was shocking” the movie’s action unit director, Guy Norris said of her work.