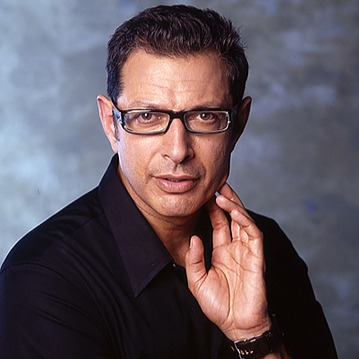 Jeff Goldblum is presently married to his third wife Emilie Livingston. The couple welcomed a baby boy in 2015. But, he didn’t have any child from previous marriages.

His first wife was Patricia Gaul. Jeff and Patricia tied the knot on July 4, 1980.

Gaul appeared opposite him in a 1985 movie, Silverado. They divorced in 1986, without any children.

Jeff met his to-be-second wife, Geena Davis in Yugoslavia on the set of Transylvania 6-500. He was immediately attracted towards Davis.

The couple was later seen in two other movies: The Fly and Earth Girls Are Easy. He received Saturn Award for the Best Actor for The Fly.

Just one year after that divorce, Jeff married actress Geena Davis on November 1, 1987. But the same fate hit him once again.

Jeff separated from his second wife after staying together just for three years on 17 October 1990, again without any children. The divorce statement stated irreconcilable differences as the reason behind their divorce.

Though it happened at the same time, they stated it to be just a co-incidence. Goldblum and Dern soon ended their on-again/ off again relationship.

After two failed marriages, Jeff chose to remain single for a long time and devoted himself to his career.

He went on to appear on many highest-grossing movies and was nominated for Oscar and many respectable awards. He presented his excellent acting skills in movies like Jurassic Park, Independence Day, The Lost World: Jurassic Park and so on.

At the age of 62, Jeff Goldblum welcomes his first child with his third wife

After 24 years of singlehood, Jeff Goldblum got the affection and tenderness from Olympic gymnast, Emilie Livingston.

We're so excited to share the wonderful news of the birth of our son, Charlie Ocean Goldblum, born on the 4th of July. Independence Day.

Goldblum announced that he was about to be a father of a son on January 9, 2015, on the Late Show With David Letterman. Emilie gave birth to their first baby, Charlie Ocean Goldblum, on July 4, 2015. Charlie is now one-year-old.

The couple is still keeping their vows. It is yet to see how long will Goldblum’s third marriage run as his first marriage was only 6 years only and his second marriage was just 3 years long.

Unquestionably, the Jurassic Park star Jeff Goldblum must be glad welcoming his first child, with his third wife Emilie Livingston, at the age of 62 in 2015.