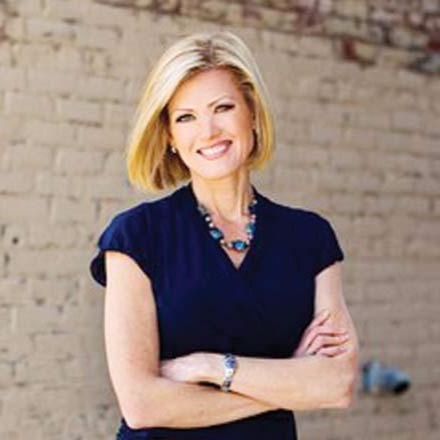 Cecily Tynan’s divorce with a school teacher, Michael Badger has led her to get a happy married life with current husband Greg Watson. She has 2 kids with present hubby Greg named as Luke and Emma Grace. Cecily is having a luxurious moment with her family. Just recently, she celebrated her young daughter Emma’s 9th birthday.

Cecily Tynan and Greg Watson, both were married when they met for the first time

Cecily was previously married to school teacher Michael Badger before tying the knot with Watson. The two were married for an anonymous time after which they ended their relation officially through a divorce.

Tynan married Watson, her 2nd husband, in 2005. It is revealed that she met him for the first time when she was still married to her 1st husband Michael.

Both were married at the time when they met for the first time. Cecily was married to a schoolteacher, Michael Badger and likewise, Greg was married to Nancy Watson. Cecily filed a divorce with Michael in October 2003.

After a yearlong of blissful relation with Greg, she made the decision to get married.

Cecily’s hubby Greg Watson is an investment banker. He has been working in banking field since April 2005. He also has an interest in sports like wife Tynan.

The mutual interest in sport believed to have brought them closer. They even participated in numbers of athletic events. By meeting at the several athletic events, it is believed that they both fell in love and started to feel for each other.

Cecily Tynan is a renowned figure in American broadcasting world. She is best known for working as a weekend weathercaster and reporter for the ABC owned television station WPVI-TV. Tynan is as of now hosting evening public affair program called Primetime Weekend.

Just check out this video Cecily Tynan having fun on the set of Primetime Weekend.

Cecily Tynan is having a great time with her 2nd husband Greg Watson, father of her two children

It has now been eleven years since the two wedded and they are still living with the same love and affection that they had while beginning their new life. Till date, no news regarding their separation or divorce has surfaced. And it seems like the picture of divorce is very far from this happily married couple.

Cecily’s marriage to husband Greg Watson has favored her with two children. Their first kid was a baby boy, named as Luke, who took his first footstep in this world on 20th January2006. Soon after a year of 1st child’s birth, she gave birth a cute little girl named Emma Grace on 17th September2007.

Just a few days back on 17th September, she celebrated her daughter Emma’s 9th birthday. She shared a picture of birthday celebration through twitter.

How did my baby girl turn 9 so quickly! #HappyBirthdayEmma pic.twitter.com/nKryvlZsz0

Although Tynan’s first marriage was a failure, but, her second marriage can be claimed a successful one. She has spent more than a decade time with Greg which is, in fact, a great achievement.

Presently, she is having a wonderful moment with her hubby and 2 kids. Two years back, she posted a picture of Christmas celebration through twitter. Let’s check out the picture. They are looking great. Aren’t they?

Although Cecily couldn’t sustain her first marriage with Michael Badger, she is going on a great way with her current husband Greg Watson. Parenting their two children, Cecily Tynan and Greg Watson’s happy marital journey to date shows no sign of divorce.