Skip to content
Home » Entertainment » Marriage in trouble! Lela Rochon and husband Antoine Fuqua are having tiff: Together just for their children? Her net worth?

Marriage in trouble! Lela Rochon and husband Antoine Fuqua are having tiff: Together just for their children? Her net worth? 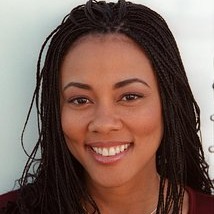 Lela Rochon, an American actress known for her breath-taking performance as Robin Stokes in the 1995 drama film Waiting to Exhale, has recently been in the media focus due to the rumour of likely divorce with her husband Antoine Fuqua, the Training Day director. However, the gossips haven’t yet changed into a reality; Fuqua and Rochon are still together, apparently, enjoying their life.

Let’s watch an extract of her performance:

Lela Rochon and Antoine Fuqua are together just for their kids

So, what’s the fuss about? The reporters, after rigorous study about the buzz, have revealed a new perspective on this issue.

It has been suggested that a couple of American actress and director has been getting into a lot of arguments lately. Though the relationship has been in a rapid decline since 2010, they are still married to each other. The fans are all curious to know the actual thing that’s going on in the minds of these celebrities.

So, why are the two still attached?

The insiders close to the family have exposed that the reason is the future of their children. It means the couple is still attached just because of their kids. Fuqua and Rochon have a son and a daughter together and Fuqua has a son from his ex-wife.

It seems that both these parents are concerned about the psychological impact their divorce might put on their children. They believe that the togetherness among the family members helps children to gain more parental love and care.

Among the two parents, Fuqua was raised by a single mother. So, it can be speculated that his perspectives from his childhood experience have significantly affected the couple’s decision. In contrast, we have also heard that Fuqua and Rochon will formally divorce after all their kids turn 18.

Unusually, it is also said that the couple has agreed to be able to start dating their own likes even if they remain married yet. That’s a very strange thing that could happen in anyone’s home.

Lela Rochon is a millionaire

Lela Rochon’s net worth is estimated to be about $3 million. Her yearly income of $350,000 from various endorsement deals and performances add vastly to shoot up her net worth.

Lovely view from her Penthouse apartment;

Lovely day in the City! pic.twitter.com/ysvSqeBV7d

Rochon pocketed a whopping sum of $525,000 from her movie Supremacy and $425,000 from the movie Blood Done Sign My Name. This amount of net worth is enough to make LelaRochon an independent woman and help her with her expected solo life.