Skip to content
Home » Entertainment » Marisa Tomei has no rush to get married. Has she already chosen her to-be husband or still waiting for the Mr. Perfect? Know her personal life more closely

Marisa Tomei has no rush to get married. Has she already chosen her to-be husband or still waiting for the Mr. Perfect? Know her personal life more closely 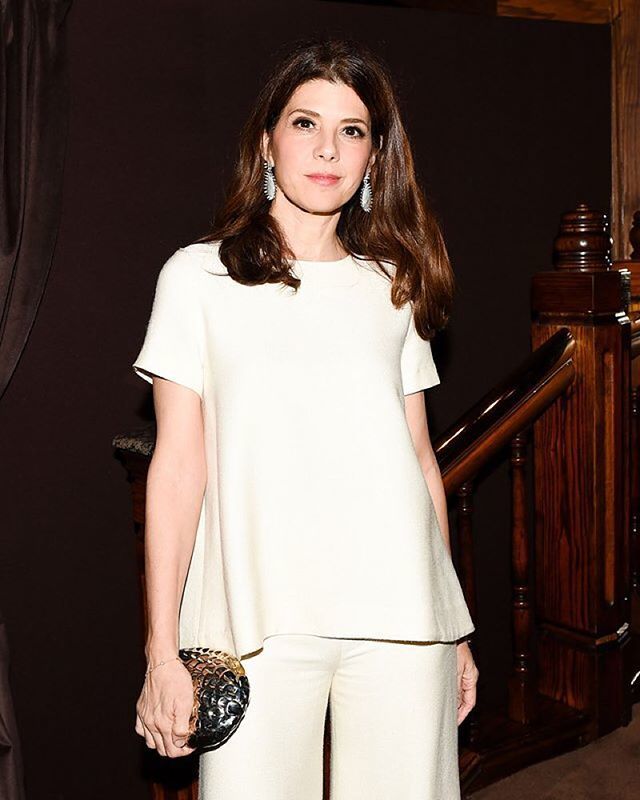 Marisa Tomei is still waiting for a Mr. Perfect to make him her husband. After dating a list of boyfriends, she is still unmarried.

Her personal life has never been a secret. She has always openly confronted her dating listbut hasn’t made any of them her husband. Let’s look at her personal life more closely.

No men Marisa Tomei dated ended up marrying her

The two-time Academy Award-winning actress has dated quite a few famous men in Hollywood. She has been in a relationship with 8 men since 1994, but none of them have stuck.

Marisa dated Iron Man actor Robert Downey Jr. back in 1994. Later in 1999, she dated actor Dana Ashbrook. She was 2 years older than him. She then romanced British actor Frank Pugliese from 2001 to 2004.

The same year, she was rumored to have been dated American singer Lenny Kravitz. In 2006, when Marisa was 41, she was seen out with American director Nicholas Carpenter, who was just 25 years old. Their relationship ended in 2008.

Marisa moved on with Prometheus actor, Logan Marshall-Green the same year. She even accepted his marriage proposal and they were reportedly set to marry soon. The couple was on a festive vacation when the actor popped the question to her.

Logan was 32 and Marisa was 43 when they were in a relationship. Though she accepted the proposal, the wedding never took place. News of their breakup emerged in 2012.

Is marriage on the card for Marisa Tomei?

Soon after, she was spotted by paparazzi with How I Met Your Mother star Josh Radnor. Though they were spotted together in public in April 2013, they are believed to have started dating in January 2014 and are probably still together. Josh is 10 years younger than Marisa.

Marisa was also rumored to be in a relationship with actor Christian Slater for some time, but the rumors were never confirmed.

Marisa and her alleged current beau Josh Radnor were last pictured together on a casual stroll in West Hollywood. Is Josh her future husband? It seems unlikely because Marisa doesn't seem like a fan of marriages.

In 2009, Marisa told Manhattan Magazine, "I'm not that big a fan of marriage as an institution, and I don't know why women need to have children to be seen as complete human beings."

Looks like the actress is taking her time to choose a perfect husband and fans will have to wait longer to see Marisa Tomei get married.