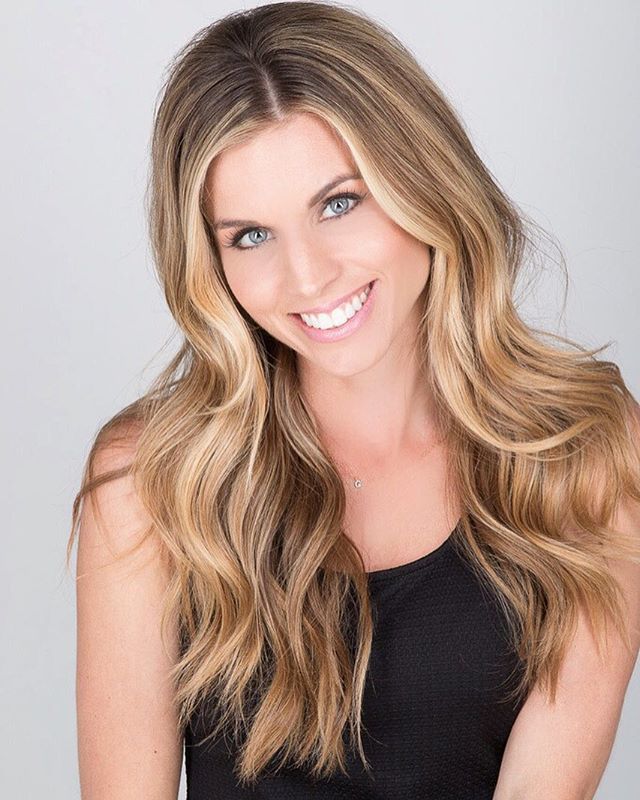 Maria Sansone is an American television personality, currently a host of the Fox channel show Good Day LA. She is exceptionally talented and attractive reporter who has contributed to popular TV shows including the Access Hollywood and the Extra.

Maria was born on February 26, 1981. She attended the Villa Maria Academy. She eventually graduated with bachelors in Communications and Political Science from the Syracuse University.

At 11, Maria got a TV exposure by doing an ABC affiliate sports segment – Down to Size. While still a young kid, she interviewed Jim Kelly, Michael Jordan, Tommy Lasorda among other sports professionals. She also received an incredible opportunity to do the live coverage of “Little League World Series”. Her performance as a side-line reporter in the 1992 series made her the “Youngest Reporter in the History of Network Television”.

After graduation, Maria started working as a VJ for MTV Networks. She hosted “The 9″, a Yahoo web sensation, and “Pop Tub” on YouTube. Eventually, she became a New York field reporter toWNBC 4. She has since appeared on popular TV shows like the Access Hollywood, Extra, TV Guide Network and CBS Sports.

In addition, Maria has hosted a national level “syndicated” travel show – LXTV 1st Look. She has hosted the popular NBC reality series – On the Rocks: Search for America’s Best Bartender. Also, she has been phenomenal at interviewing pop superstars at the Academy Awards.

In 2012, Maria became a co-anchor of Good Day LA which is aired by Fox Channel 11. Her work ethics and successes have earned her guest appearances on popular shows, including “The Tonight Show with Jay Leno”, “Good Morning America”, “The CBS Early Show” and “Dateline NBC”.

Maria met and married her current husband Joshua Guthartz in July 2008. Maria seems to be doing great in her married life as no rumors can be traced of the couple’s extra-marital affairs or a possible divorce.

Maria has a daughter with husband Joshua. She gave birth to the adorable Grace Louie on December 31, 2013. The happy family currently resides in Los Angeles, California.

Although Maria has not been public about her net worth, it is estimated that she is enjoying a pretty handsome salary.

She is popular among Sports fans. She has 30.2K followers on twitter- at @MariaSansone.