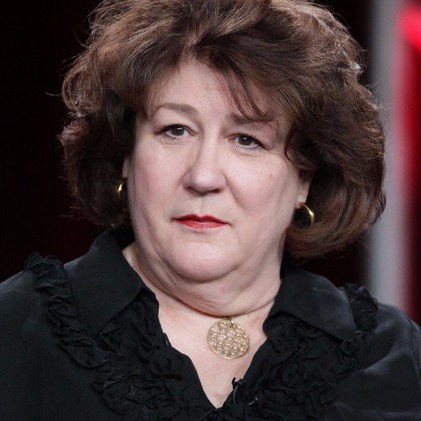 A gift to the acting industry, legendary actress Margo Martindale’s name might not be as popular as her face but she has left no stone unturned when it comes to blowing her viewer’s mind with her astonishing performance.

A thespian since the early nineties, this character artist is mostly acclaimed for portraying roles of mother, grandmother, and other maternal figures. Known for her works in “Dead Man Walking”, “Eye of God”, “The Firm” and “Hannah Montana: The Movie”, she is also a renowned theater artist.

Internationally popular actress Margo Martindale opened her eyes for the first time on 18th of July 1951. Starting the journey of her life from Jacksonville, Texas, she spent most of her childhood in the same community.
The only daughter and youngest of three, she had a fetish for acting since her school days. Jacksonville High School graduate later attended Lon Morris College and after a while transferred to the prestigious University of Michigan.

Successful, both personally and professionally, the actress has definitely learned the art of balancing life. In the industry where marriage ends in a blink of an eye, Martindale has been able to make her relationship work. Wedded to musician Bill Boals, she has a daughter named Margaret. Married since 1986, the couple is still heading strong, keeping rumors of divorce at a bay.

Before making it big on the silver screen, the aspiring actress spent four years honing her acting skills at the reputable Actors Theater of Louisville. In 2004, she debuted on Broadway playing Big Mama in an acclaimed Cat on a Hot Tin Roof for which she earned Tony Award nods. Some of her Off-Broadway works include “Truvy Jones”, “Always….Pasty Cline” & “The Sugar Bean Sisters”.

After earning much-needed fame on stage, she set her sight on television and Hollywood. Starting heron-camera career in 1988, she appeared in television film “The Child Saver”, followed by multiple guest roles. Her big screen journey started in 1990 when she portrayed Donna in sports action film “Days of Thunder”. A year later, she appeared in “The Rocketeer”.

Her hard work and passion have had her honored multiple times. In 2011, she won Critics’ Choice Television Award for Best Supporting Actress in a Drama Series and Primetime Emmy Award for Outstanding Supporting Actress in a Drama Series for “Justified”. In 2015, she bagged Primetime Emmy Award, Gracie Awards and Critics’ Choice Television Award for “The Good Wife”. Reportedly she is an owner of four million dollars net worth.

Though every detail of her life is in front of her fans, she has not disclosed information regarding her height. The highly passionate and skilled actress is American by nationality. Even at the age of sixty-five she has no plan of slowing down. In fact, she has multiple big projects on her hand at the moment.