What is Making Believe singer Emmylou Harris net worth? 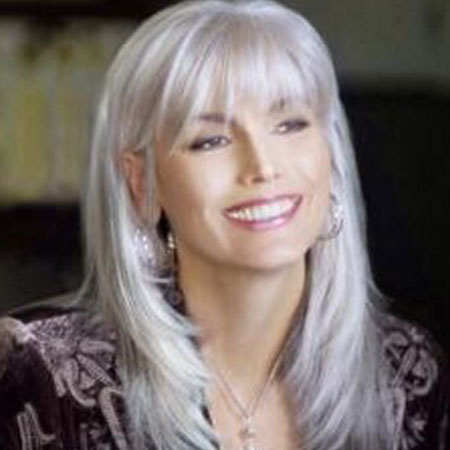 Born to a military family on April 2, 1947, in Birmingham, Alabama, she grew up in North Carolina and later relocated to Woodbridge, Virginia.

After graduating high school as a class valedictorian, she joined the University of North Carolina with a drama scholarship but left before graduation.

In 1969, she dropped her debut album, Gliding Bird, shortly after getting married to Tom Slocum.

However, multiple tragedies, including her label’s bankruptcy and divorce with Tom hit her hard shortly afterward.

She had to raise a daughter, Hallie, on her own that left her with no choice rather than moving back to her parents’ place.

She along with Tom Guidera and Gerry Mule were noticed by the Flying Burrito Brothers while performing as a trio at local bars.

Her career took a significant turn after she was introduced to the band’s former frontman, Gram Parsons, who featured her vocals in his album, GP.

Afterward, touring with him and working on his acclaimed album, Grievous Angel, she learned a great deal of country-rock fusion style.

Another setback made a way through her dream when her mentor, Parsons, tragically died of heart attack in 1973.

Her real journey in the industry began when she made her own group, the Angel Band and signed with Warner Bros./Reprise Records.

With the release of her major label debut, Pieces of Sky, in 1975, her career started soaring as a country music star and rest is history.

She and her then-husband, Brian Ahern (married from 1977 to 1984), together released ten hit country albums.

Her Grammy-winning second album, Elite Hotel (1976), produced with The Hot Band, spawned hit singles like Together Again and Sweet Dreams.

Within the 70s, she had famous releases like Luxury Liners, Profile: Best of Emmylou Harris, Blue Kentucky Girl and Quarter Moon in a Ten Cent Town.

While she was pregnant with her second child, Meghann, she recorded hit Christmas album, Light of the Stable.

The early 1980s saw her two gold albums, Roses in the Snow and Evangeline, followed by least successful ‘Cimarron’ and ‘White Shoes.’

Afterward, with the declining success, the Hot Band disintegrated and in turn, her marriage with Ahern also ended.

Harris’ 1985 album, The Ballad of Sally Rose, which she recorded with Paul Kennerley saw mediocre sales, but well defined her musical style.

After touring together, Harris and Kennerley got married. They remained together till 1993.

Her best-selling album, Trio (1987) spawned the hits, To Know Him is to Love Him, Those Memories of You and Telling Me Lies.

She has worked with leading artists like Linda Ronstadt, Roy Orbison, Dolly Parton, Bob Dylan and many more.

Throughout her career, she has taken home numerous accolades, including 14 Grammys and has banked a net worth of approx. $15 million.