Made in Chelsea returns on TV, their cast escape a horrific plane crash in Costa Rica 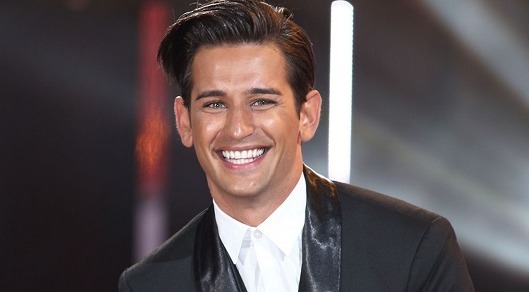 The new series begins with Ollie Locke encouraging Julius to go on with Binky, who recently reconciled with Josh Patterson, in her girls camping trip in Josh’s absence. Julius going on a camping with JP’s (Josh) girl in his absence is likely to piss off JP. Will Julius make the most of the situation and make any approach to winning Binky’s heart.

Ollie claims that his idea of sending Julius with girls was not to provoke a war between him and JP. As per Ollie, he sends Julius with the girls so that they stay safe and happy.

Well, JP will not take Ollie sending Julius with his girl lightly as he feels Ollie is not so happy about JP’s reconciliation with Binky, and he is trying to create differences between the pair.

Ollie, defending his actions, says, “I’m just trying to make sure that the girl is happy” after he clashes with JP in a dinner part. Angry and disappointed JP lets his frustration known by saying, “I don’t have a problem with her, I have a problem with you”.

Such a wonderful 2 months filming in the south of France.. leaving a massive part of my heart in this summer Xx

It was not only the return of the show that proclaimed the headlines today. The cast and crew were returning from Costa Rica when suddenly one of the crew’s helicopters crashed into the Pacific Ocean.

All the big names of the show including, Binky Felstead, Richard Dinan, and Alex Mytton were flying to London from Costa Rica. The celebrities were relieved to touch down at Gatwick Airport after a dangerous flight.

Soon after the touchdown at the Gatwick Airport, they were instantly met by their beloved ones and their fans who were relieved to see them safe.

WERE BACK!! Monday the 10th of October 9pm E4!! Xx #madeinchelsea

Later after the horrific incident, a spokeswoman for Made In Chelsea said, “Four of our production team on Made in Chelsea, produced by the Monkey Kingdom, were involved in a plane crash earlier today (UK Time) in a resort in Costa Rica. We can confirm that all four people are safe and unhurt. NO cast was on board”.

Speaking further about the incident and the support they got in Costa Rica, the spokeswomen went on to thank the emergency service in Costa Rica for their assistance in that serious situation.