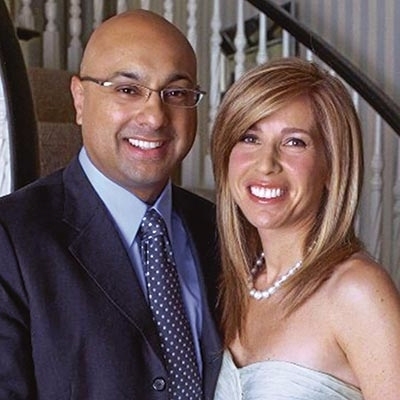 Lori Wachs is the wife of MSNBC Live anchor Ali Velshi. She has been married to the former CNN anchor since 2009. She is the president of Cross Ledge Investments LLC.

She joined forces with two colleagues from Delaware Investments in 2010 to launch Cross Ledge Investments.

Wachs met her husband Ali Velshi in 2003 when she was a guest on his CNN show. It was her first time on television. Since then, she has been regularly featured on ABC, CNBC, Bloomberg News and Fox News.

Lori and Ali married in 2009. Furthermore, Wachs and her husband don’t share children, but Wachs has two children from a previous marriage. Wachs is Ali Velshi’s second wife.

In an interview with Philly Mag, the couple revealed that they don’t get to spend their weekdays together because of work commitments. Lori is raising her children in Bryn Mawr, Pennsylvania, while Velshi spends most of his week in New York.

Who was Ali Velshi married to? Inside MSNBC anchor’s failed marriage

They get together on the weekends and regularly talk on the phone. “Given our setup, it really still always feels so new. And it sounds corny, but it’s true: On Friday nights, I’m excited to get in the car and go pick him up. There’s nothing that ever feels routine about us. I feel very lucky. And we talk about that often, how lucky we feel,” said Lori.