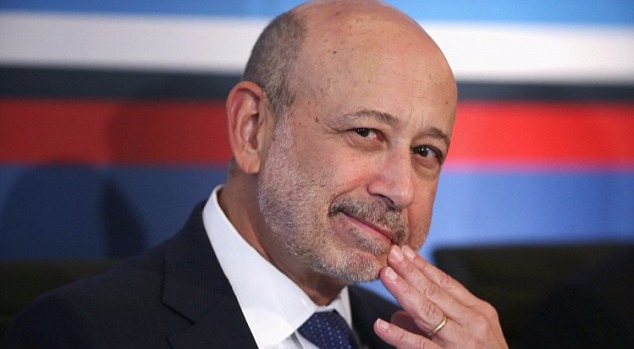 Lloyd Blankfein, the Chief Executive Officer and Chairman of Goldman Sachs has recently entered into the ranks of billionaires having a huge net worth estimated to be $1.1 billion.

The net worth is the result of the enormous amount of salary and bonuses he receives annually. As far his education is concerned, he is an alumna of Harvard College and also a graduate of Harvard School of Law.

Lloyd has been holding the position of CEO since 2006 when the former CEO Henry Paulson was nominated to United States Secretary of the Treasury. In 2015, the business magnate received 23 million USD as salary & bonuses, which is slightly less than what he earned the year before. In 2014, his income was 24 million USD from Goldman Sachs.

Born in the Bronx, a borough of New York City, Lloyd was raised in Linden Houses. He earned his primary and secondary level education from public schools of New York City Department of Education and then went to be a valedictorian at Thomas Jefferson High School. Majoring in history, he then earned Bachelors of Arts degree from Harvard College in 1975 followed by his J.D. degree from the Harvard School of Law.

Prior to joining Goldman, he worked for Proskauer Rose and then at Donovan, Leisure, Newton & Irvine. He joined London office of J. Aron & CO., Goldman’s commodities trading arm, as precious metals salesman in 1982.

He worked from the position of manager or co-manager for Goldman Sachs and Commodities until 1997 starting from 1994 and served as Vice-chairman and in charge of Fixes Income Currency & Commodities Division and Equities Division from 2002 to 2004.

The massive surge in Blankfein’s fortune is due to his shares in investment-banking Goldman Sachs that manages about 911.5 billion dollars in assets. His share has highly expanded since 1999 when the firm went public. His ownership of $2.24 million shares makes him the largest stockholder of the bank.

Additionally, this billionaire has nearly $600 million from real-estate & portfolio. On the top of that, Lloyd has made 126.6 million dollars in compensation over past 4 years.

Lloyd Blankfein is considered as one of the richest business tycoons in Wall Street. Lloyd Blankfein’s net worth which started growing since 1981 when he embarked his venture in Goldman Sachs has ultimately accumulated to $1.1 billion till date.